Nicolas Cage is more than just an incredibly prolific and notoriously evocative actor. He’s also an icon who’s generated more memes and Reddit threads and viral video montages than just about anyone.

Soon, he will also be the subject of an art show — because really, it was only a matter of time. Cage fans from all over the world have submitted original works of art for this so-called Nicolas Cage Party, which hits San Francisco’s Mission District on April 12.

Behind this exhibition — which will feature paintings, music, glitch art, live sketch performances and more — is 35-year-old Bay Area resident Ezra Croft. The idea came to him a few months ago when he was at an art show that seemed boring and stuffy. Art, he felt, should be more fun and more interactive than what he was used to seeing.

“Then, I began thinking about Nicolas Cage and how the Internet recently has been poking a lot of fun at him,” Croft says. “And he’s been in so many movies, and I just thought, this guy really needs an art show. There are so many facets people could pull from him.”

And so Croft, who works at Bed Bath & Beyond and moonlights as a DJ and event planner, began posting Craigslist ads all over the world seeking submissions. And soon enough, they came pouring in, flooding his inbox. Next, he found a venue that was willing to host the exhibition, chose a date and voilà: the first Nicolas Cage art show was born.

The show will feature plenty of local art but will also include works from countries as far as France, Nigeria and Japan. The goal here, Croft says, was never to poke fun at Cage, but to celebrate him and his career in a lighthearted way.

“None of it is mean-spirited,” Croft says. “It’s kind of like when you’re in grade school and you draw a picture of your teacher with a horse body or something funny like that. That’s about as mean-spirited as it gets.”

Anyone who’s feeling inspired is welcome to submit their work ahead of the April 10 deadline. The only real criteria are as follows: the art must be fun, interesting or introspective, and must aim to look at Cage from a unique perspective. All types of art are fair game: illustrations, photo montages, video art, live skits, paintings, etc.

Croft is already at work planning another celebrity-themed art show. This one would center on Bill Murray, whose face Croft just so happens to have tattooed on his arm. He’s also toying with the idea of a Law & Order show and a mustache-themed show.

The real highlight of the show, though, would be if Cage himself showed up. Croft has left messages with his manager and agent inviting the actor to attend, so fingers crossed. In the meantime, here’s a sneak peek at some of the many incarnations of Cage featured in the upcoming show: 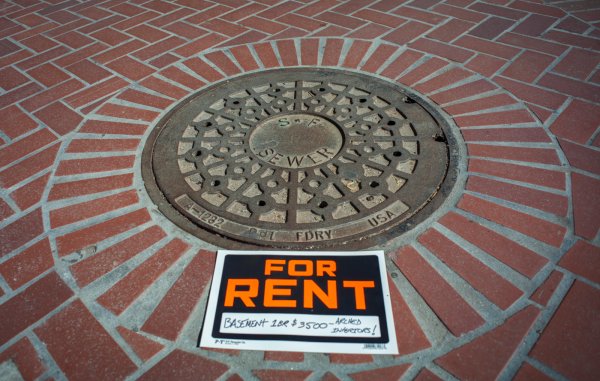 Signs of San Francisco Gentrification
Next Up: Editor's Pick