'He Was Forcing His Tongue Down My Throat.' People Writer Says Donald Trump 'Attacked' Her

A former People writer accused Donald Trump of “attacking” her and kissing her without her consent during a 2005 visit to the billionaire’s Florida estate, in an account published Wednesday evening that added to a flood of allegations against the Republican presidential nominee.

Natasha Stoynoff traveled to Trump’s Mar-a-Lago property in December 2005 to conduct an interview with Trump and his pregnant wife Melania. Trump pounced when Melania left her husband’s side, according to Stoynoff. “We walked into that room alone, and Trump shut the door behind us,” she writes. “I turned around, and within seconds he was pushing me against the wall and forcing his tongue down my throat.”

Trump’s campaign denied the allegations, which came days after a recording of Trump bragging about groping women became public and amid similar allegations from other women. “This never happened,” a spokesperson told People. “There is no merit or veracity to this fabricated story.” Trump himself chimed in on Thursday morning.

Stoynoff joins a growing list of women who have accused Trump of groping and unwanted sexual advances. Two women shared such allegations with the New York Times and another with the Palm Beach Post, in stories published Tuesday. 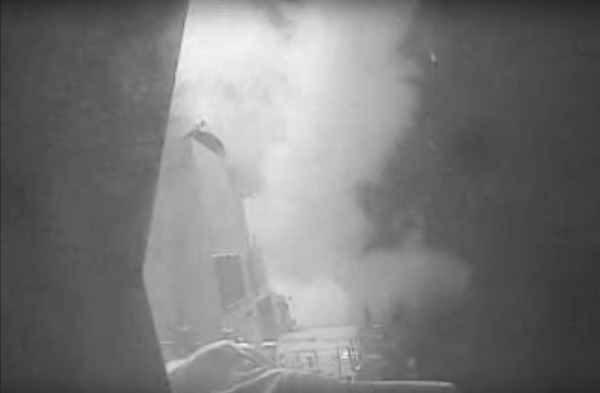 U.S. Fires Missiles at Yemen and the 'Axis of Evil' Persists
Next Up: Editor's Pick