Boko Haram Releases 21 of the Missing Chibok Girls in Nigeria

A spokesperson for the president, Mallam Garba Shehu, announced the news in a series of tweets. The girls are a part of the group of 276 girls abducted by Boko Haram in April 2014, when the militants took them from their beds in the middle of the night.

Shehu said the release was a result of negotiations between the Nigerian government and Boko Haram. This release is the largest group let go so far, CNN reports, though a few dozen girls had escaped from their captors.

Many of the girls are still missing. Their kidnapping sparked outrage and garnered worldwide attention, including through the Bring Back Our Girls movement. 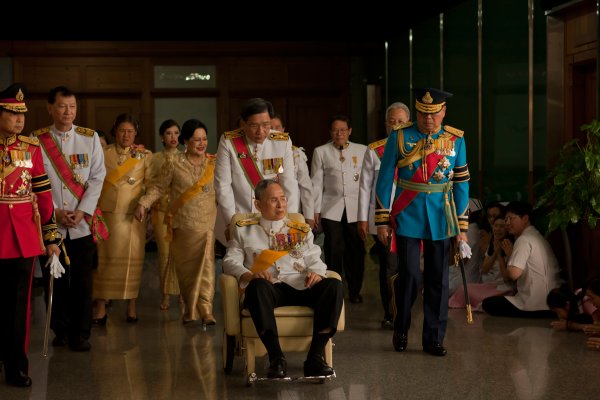 Thai King Bhumibol Adulyadej Dies at 88
Next Up: Editor's Pick