Protesters set fire to a pile of fake bills in front of the towers of the Deutsche Bank, while gathering for the closing rally on the Opernplatz (Opera Square) in Frankfurt, Germany, 18 March 2015. The new headquarters of the European Central Bank (ECB) in Frankfurt opened today amid protests. Photo by: Fredrik von Erichsen/picture-alliance/dpa/AP Images
Fredrik von Erichsen
Ideas
By Rana Foroohar

Sometimes it takes a group of economists to confirm reality. Last year, a team of German academics released a study on the effects of major financial crises on politics, examining 800 elections over 140 years in 20 advanced economies. They found that after such crises, right-wing populist parties and politicians typically increase their vote share by about 30%. (The same isn’t true in the wake of more mild recessions.) If that sounds familiar, it’s because we are living through a season of the very same: persistent economic malaise since the 2008 crisis–punctuated by scandal after scandal–has laid bare the ways in which elites collude to create a system that mostly benefits elites.

Since 2010, there have been major scandals at banks on nearly every continent for every reason: malfeasance, incompetence, complacency. Wells Fargo CEO John Stumpf resigned on Oct. 12 after revelations that his bank faked 2 million accounts in order to charge customers more in fees. Meanwhile, the Panama Papers leak earlier this year confirmed what many already assumed: that world leaders, celebrities and billionaires are adept at shielding their wealth from fair taxation. In the U.S., Republican presidential candidate Donald Trump has even tried to make a virtue of his tax avoidance. No wonder surveys show that the trust gap between the 1% and the 99% has never been greater.

In all of these cases, elites enabled by a fundamentally flawed global finance culture fly over the nation-state system. That voters in countries around the world want to punish leaders at the polls for all of this isn’t surprising. But the effects on civil society are more corrosive than one election return. If nothing changes, the building blocks of developed countries are at risk.

Take the trouble at Deutsche Bank, which recently saw its share price plunge after the threat of a $14 billion fine for dicey derivatives trades. The case is a reminder of how Europe managed its debt crisis in the interest of banks, rather than citizens. German banks were encouraged by the government, which is entangled with the financial system in a way that makes the Wall Street–Washington conniving look puritanical by comparison, to lend to weak governments and companies all over Europe before 2008. As in the U.S. when things went bad, banks got bailed out and taxpayers took the hit. “Sick banks, some still owned by governments, are all over Europe,” says Stanford professor Anat Admati, co-author of The Bankers’ New Clothes: What’s Wrong With Banking and What to Do About It. “They refuse to let them die but rather do backdoor bailouts [claiming they are in the interest of preserving E.U. unity, rather than bank solvency] that perpetuate the situation.”

Cases like this foster the message that institutions and rich individuals can float above the system–and that has serious ramifications. Italy, for example, has the largest “unofficial economy” (read: level of tax evasion) in Europe. Studies show that the black market in Italy makes up around 27% of the nation’s total economy. Greece, Spain and Portugal aren’t far behind. Citizens of countries like these tend to lose faith in the system and stop doing their civic duty, like paying taxes, filing for business permits, obeying the rule of law in general. This only widens the gap between haves and have-nots.

In this sense, Trump may be a canary in the coal mine for the U.S. This election cycle has brought the public-approval rating of government to new lows. The GOP nominee has gone from obscuring how little he pays in tax to arguing that it qualifies him to fix the system. (When you look at the way in which Trump avoided paying taxes, you see a business model similar to Deutsche’s: loads of tax-code-incentivized debt, which can be written off in ways that favor the investor while leaving others on the hook.) If his argument works, it is likely to make things worse, not better.

People will never love paying taxes. But when they stop trusting the system altogether, the foundations of a country begin to crumble. 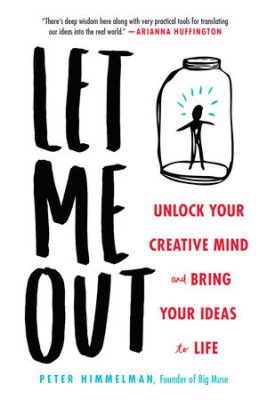 How Thinking Like a Kid Can Spur Creativity
Next Up: Editor's Pick