What to Know About Bob Dylan's Nobel Prize for Literature

Bob Dylan performs during a concert at the Olympic stadium in Munich, southern Germany, on June 3, 1984. Dylan won the Nobel Prize in Literature on Oct. 13, 2016.
Istvan Bajzat—DPA/AFP/Getty Images
Ideas
By Suyin Haynes

The Nobel Prize for Literature has been awarded to Bob Dylan, who becomes the 113th writer and first musician to win the award.

Dylan, 75, best known as a singer-songwriter, receives the prize worth roughly $905,000 “for having created new poetic expressions within the great American song tradition,” the Swedish Academy announced in Stockholm on Thursday. He becomes the final recipient of 2016’s selection of Nobel Prizes, which have been awarded in physics, chemistry, medicine, economics and peace.

Here’s what you need to know about Bob Dylan’s Nobel Prize for Literature:

He was an outside bet

Names of nominees for all Nobel Prizes must be kept secret until at least 50 years after the Prize has been awarded, but Dylan is thought to have bested competitors including American novelist Don DeLillo, perennial favorite Haruki Murakami, Kenyan writer Ngũgĩ Wa Thiong’o and Syrian poet Adonis. Dylan was seen as having an outside chance, with odds placed at 16/1 when betting closed on Thursday morning.

Alex Donohue, of British bookmakers Ladbrokes, said, “People laughed when Dylan entered the picture out of nowhere in 2011 but maybe there was something blowin’ in the wind after all. On this occasion only a handful of his fans managed to cash in, leaving us with a far more manageable payout.” He is the first musician or songwriter of his stature to win the prize for literature, and the 259th American to win a Nobel Prize.

The award celebrates the entirety of his career

“He’s a great poet—a great poet in the English-speaking tradition. For 54 years he’s been at it, reinventing himself constantly, creating a new identity,” said Sara Danius, Permanent Secretary of the Swedish Academy. In the announcement, she referred to Greek writers, noting that “they wrote poetic texts which were meant to be performed, and it’s the same way for Bob Dylan. We still read Homer and Sappho, and we enjoy it. We can and should read him.”

Danius recommended Dylan’s Blonde on Blonde album as a starting point for those unfamiliar with Dylan’s work. Although Dylan was an unconventional choice, the panel judged the breadth and depth of Dylan’s songwriting work when awarding the prize. The album, selected as one of TIME’s All-Time 100 Albums, was released in 1966 and described by Dylan himself as a “thin, wild mercury sound.”

Much of his early songwriting was inspired by the Beat Generation

In the early 1960s, as a young man, Dylan was influenced by the Beat Generation and was inspired by the work of Jack Kerouac. After moving to New York in 1961, he met the poet Allen Ginsberg at a party and became good friends with him. Ginsberg acted as a mentor and collaborated with Dylan on an ambitious album called Holy Soul Jelly Roll.

The New Yorker notes that in the mid-1960s, “the two would complete important artistic transitions, each touched and supported by the other.” As TIME reported in May 1963, “he has something unique to say, and he says it in songs of his own invention that are the best songs of their style.”

His work has spanned music, art and literature

Although best known for being a record-breaking musician, Dylan’s work has also spread into the art and literature worlds. He has written six books, including three compilations of his song lyrics and a collection of poetry entitled Tarantula that was written in a similar stream-of-consciousness style to the icons of the Beat Generation.

Dylan has also published several collections containing his artwork in partnership with major international galleries such as New York’s Gagosian and London’s National Portrait Gallery. His artwork has been exhibited around the world, with pieces ranging from sculpture to drawings and paintings. 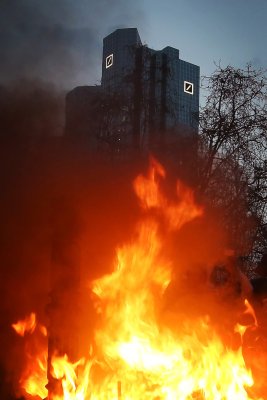 The Financial World's Rotten Culture Is Still a Threat-to All of Us
Next Up: Editor's Pick