Why the Wells Fargo Scandal Really Matters (Hint: It's Not Just the Fraud)

I always thought John Stumpf, the now former CEO of Wells Fargo, would eventually step down amid revelations that bank employees opened millions of credit-card accounts customers hadn’t approved in order to hit profit targets. Let me be clear: I didn’t think he’d resign because the behavior under his watch was egregious — that hasn’t stopped any number of other financial executives from staying in their posts. But rather, I thought he would fall because the fraud in this case was just so easy for average people to understand. Spliced and diced derivatives contracts sold across borders to gullible counterparties? Huh? But straight up fraud — taking customers’ personal information and using it without their knowledge or consent — that’s something everybody can understand. And be justifiably outraged by.

Wells’ easily grasped misdeeds, and the fallout, come at a pivotal time for the reform-minded. I’m hopeful this scandal, which doesn’t require the cleverness of Margot Robbie in the tub to explain, represents an opportunity to reconstruct and refresh the narrative around our financial system. Particularly what still needs to be done to make it safer. Officials did a great job saving the financial system post 2008, but a terrible job reregulating it and putting it back in service to the real economy.

The Wells case is a perfect example. Why was the malfeasance at Wells in the credit-card division? One reason is that Dodd-Frank put certain restrictions on the ability of banks to make money via riskier trading. But absent deeper changes in the business model of finance, banks didn’t take this as an opportunity to channel capital to more productive uses (like, for example, the sort of business lending that made up the majority of their revenue stream 40 years ago). Rather they looked for another place to make a quick buck — this time in consumer debt.

All this is, of course, encouraged by policymakers who are all too eager for constituents to have access to debt to paper over the fact that the recovery is still sluggish, and wage growth has been slow. Wells is only one of any number of banks that have moved into the consumer retail business as a way to try to keep profit margins high. Given the pressure to make the quarterly numbers, but no real culture or mission change, it’s no wonder things turned sour.

What’s the solution? While I think that the Consumer Financial Protection Bureau and other watchdogs are doing God’s work, I also think it’s nearly impossible to try to catch and prosecute, post-facto, all the bad things that banks might be doing. Smart regulation is important, but I think we need to go deeper and flip the current paradigm on its head. Instead of waiting to see what new trick an industry that takes a quarter of all corporate profits but creates only 4% of all American jobs will do, let’s ask the financial industry, a sector that has nothing but metrics at hand, to produce some numbers on what parts of its business model have clear, measurable social value.

Smart lending to worthy businesses (particularly the small and midsize businesses that can’t raise capital on the public markets) would rank high. Issuance of fake credit cards? Not so much. London Whale type trading? Definitely not. The financial sector is supposed to serve business and the public — not the other way around.

The Wells saga is a shockingly simple example that we’re not there yet. 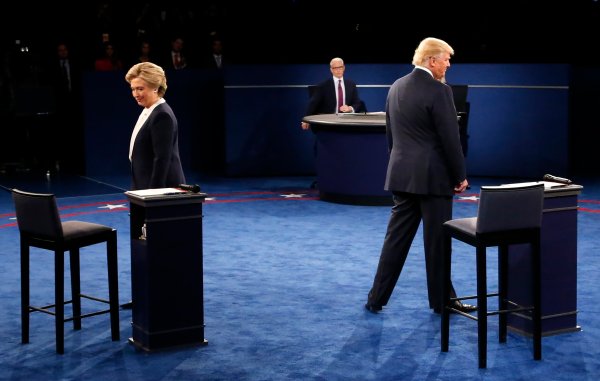 How Stronger Unions Could Fix Our Economy — And Our Politics
Next Up: Editor's Pick