In Kelly Reichardt’s upcoming Certain Women, Kristen Stewart plays Beth Travis, a recent law school graduate who becomes the object of affection for one of her students (Lily Gladstone) when she takes a job teaching a night class.

During a recent interview with Elle, Stewart — who recently opened up about her sexuality and relationship with producer Alicia Cargile — spoke about the significance of seeing different relationships represented in film. “I think there [are] so many modern love stories that have not been told and I think it’s so exciting,” she told Elle. “We are so standardized in terms of how we see people loving each other on screen…now we’re kind of acknowledging that we’re not all the same as everyone, that things are complicated and individual and unique and fluid.”

The 26-year-old actress also spoke about how committed she is to her work. “I don’t like the idea of people thinking that I don’t give a f—k,” she said. “Nobody f—king understands or loves like what they do more than me, so it really kind of hurts. What I don’t give a f—k about is stuff that doesn’t matter. Don’t get it twisted, you know what I mean?” 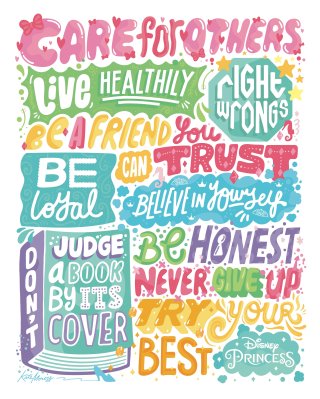 Here Are Disney's New and Improved "Princess Principles"
Next Up: Editor's Pick