Cost of Natural Disasters Could Top $300 Billion by 2030, Report Says

A residence is inundated by floodwaters on Oct. 12, near Lumberton, North Carolina.
Sean Rayford—Getty Images
By Justin Worland

The cost of natural disasters worldwide could hit $314 billion annually by 2030, up from around $250 billion now, as urban expansion continues at a eesiapid pace and global warming continues to contribute to a rise in natural disasters, according to new research.

The authors of the World Bank report encourage policymakers to prioritize measures that support urban resilience including infrastructure projects and changes to building codes. Annual investment of $6 billion could reduce risk by $360 billion over 15 years, an 80% reduction in the financial risks of natural disasters, according to the report.

Addressing natural disasters before they happen requires a change of thinking for many local leaders accustomed to dealing with problems after the fact, says Ede Ijjasz-Vasquez, a senior director at the World Bank. But the visible increase in the frequency of extreme weather events has persuaded many mayors to change their tune, Ijjasz-Vasquez says.

Investments in resilience—or the lack thereof—will have profound ramifications for a slew of issues from economic competitiveness to poverty, the report authors argue. And because urban centers are key drivers of economic growth, if cities are slow to recover from disasters it could have a negative impact on growth in the developing world.

Read More: This Law Could Stem the Rising Costs of Flooding

The costs of adaptation efforts—while less than the projected cost of responding to natural disasters—total in the billions. Some of that funding will come from sources like the World Bank, which has committed $2 billion annually to urban resilience. Other funding may come from the green climate fund, an international fund intended to help finance climate change initiatives in the developing world. Ultimately, most projects will require some combination of funding source. “It cannot just be the city alone, the individual himself, the nation or the state alone,” says Ijjasz-Vasquez. “Everyone has to contribute to this process.” 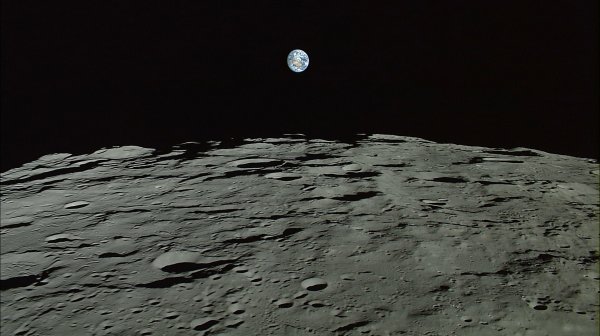 Japan's New Close-Up Photos of the Moon's Surface Are Breathtaking
Next Up: Editor's Pick