A student at Kentucky’s Bellarmine University briefly became the victim of a raccoon bandit on Tuesday night, when the animal picked up his cell phone and ran into the night.

At the time, Guy Williams, 19, had been recording video of the raccoon, which is frequently spotted around campus, he told BuzzFeed News.

The raccoon—which he had named Stanley “like minutes before this happened”—took off with the phone and finally dropped it when it began to ring, Williams said on Twitter.

In a series of tweets that quickly went viral, Williams chronicled what happened with Stanley, who is now a “campus legend.” 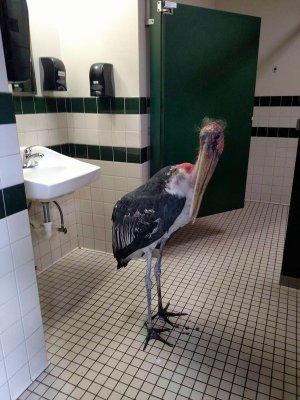 This Stork in Florida Wanted Nothing to Do With Hurricane Matthew—So It Hid in a Bathroom
Next Up: Editor's Pick