In dramatizing real-life tragedies, the line between exploitation and empathetic storytelling is a hairline crack. Antonio Campos’ Christine—which tells the story of events leading up to the moment in 1974 when Christine Chubbuck, a 29-year-old Sarasota, Fla., TV news reporter, committed suicide while on the air—is just on the correct side of that crack, though it could very well have veered over the breach.

The story of Chubbuck’s death is heartbreaking and strange, and if it invites some normal, innocent curiosity, it attracts the lewd kind, too: Until fairly recently, most human beings didn’t know what a grisly death looked like unless they were unfortunate enough to witness one in real life. The Internet has changed that (although, thankfully, online footage of Chubbuck’s death remains elusive). A movie like Christine has every chance of going wrong—of courting, wittingly or not, the interest of gruesome curiosity seekers. But this is a case where one performance can make all the difference—and Rebecca Hall’s does.

Hall plays Chubbuck, whom we first meet as an ambitious, dedicated reporter in charge of her own local news segment, Suncoast Digest, its very name suggesting low-stakes folksiness. Chubbuck sits down with small-time real-estate guys and women who raise chickens for a living, but she’s serious about her work, scrutinizing every detail. She’s motivated by a desire to do the best job she can, and to have her work taken seriously. That’s why she’s rattled when her boss, Michael (Tracy Letts, looking as harried and distracted as any hardworking ’70s newsman might), in an effort to boost the station’s sagging ratings, tries to urge his staff toward more sensationalistic stories. Instead of complying, Christine lashes out at him, and her reasoning is articulate and pointed. She’s part of the new breed of newsperson, pushing back against the old (white and mostly male) guard. Michael can’t argue with her, but he also recoils from her boldness—mostly because he’s the boss and he has that luxury. And while some of Christine’s co-workers—including anchorperson George (Michael C. Hall)—recognize, at least obliquely, that she’s the smartest person in the room, she’s held back by her unwillingness to shut up. Worse yet, her thorny brusqueness prevents her from making close friends.

Christine suffers at home, too, though in a much more personal and guarded way. She lives with her mother (J. Smith Cameron), and there are early hints that she has previously suffered some sort of psychological breakdown. Even so, her problems are perfectly normal, understandable ones: In addition to feeling underappreciated at her job—hardly a novelty for a woman working in a newsroom in the early ’70s—she has an unrequited crush on George, and though she spends time doing volunteer work with kids, she doesn’t have much of a personal life.

Is all of that enough to lead a person to take her own life in a shocking, public act of violence? Christine never attempts to answer that question, because it’s unanswerable. What the film, written by Craig Shilowich, does instead is open a window into Christine’s inner torment, a suffering we can never fully comprehend but which is at times anguishing to watch. Hall is an actor of remarkable, subtle gifts, disinclined to give splashy, “Look at me!” performances, and Christine continues to follow that thread. It’s also the finest work she’s done yet.

It’s tempting for a performer who’s playing an alienated, isolated person to just put up a wall of inscrutability. But Hall’s Christine draws us closer rather than pushing us away—this performance is a quiet, multidimensional marvel. As Christine begins to drift, a shadow of terrifying blankness crosses her face now and then, a suggestion that for the moment, she’s gone someplace where those around her can’t follow. But mostly, it’s remarkable how much Hall makes us like this complicated, troubled woman. And even if Chubbuck’s story is set in a specific place, at a time when women were just figuring out how to carve a foothold in the workplace, it still feels modern and resonant. Now, as then, we’re still struggling to prove ourselves by how well we do our jobs, but we want other things in our lives, too—chiefly, friends and family to help assuage inevitable loneliness. We don’t know what led Christine Chubbuck to pull the trigger that day, but it might have been a crushing sense of aloneness that few of us can even comprehend. The miracle of Hall’s performance is that she gives that aloneness shape and heft, as if it were a thing we could reach out and touch and somehow assuage. If only that were so. 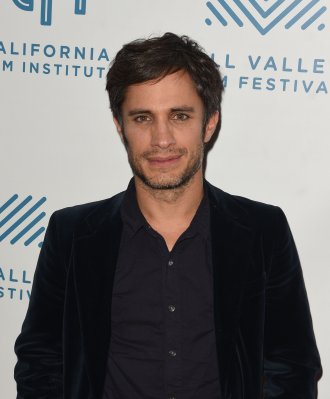 This Movie Turns Donald Trump's Rhetoric About Immigration Into a Terrifying Thriller
Next Up: Editor's Pick