It takes a lionhearted constitution to do live comedy in an arena, a joint where it’s nearly impossible to read individual faces and where the sound of an audience’s laughter—or, worse, its silence—must register as an overwhelming blur. Kevin Hart has a lion’s heart. His rambunctious live concert movie Kevin Hart: What Now? wasn’t filmed at an arena but in a stadium—Philadelphia’s Lincoln Financial Field—before an audience of some 53,000 people. That’s like making the entire population of Hoboken, N.J., or Pensacola, Fla., laugh at once.

Sometimes raw but mostly just raucous, Hart generally pulls it off in his third concert film, riffing on everything from his fear of the wildlife surrounding his suburban Los Angeles home—including a particularly ballsy raccoon—to his father’s assumption that the helpful presence living inside his smartphone is named Cyrus and not Siri. Hart isn’t exactly a master of modulation: his delivery starts out at 10 on the intensity meter and pretty much stays there. His shtick can be wearying if you’re not pumped for it. And the movie’s framing device, presenting Hart as a half-suave, half-­clownish James Bond–style hero, is wobbly and strained. Kevin Hart: What Now? kicks into gear only after Hart has leaped onto that stage, decked out in a black leather jacket with golden zippers, as if they’d been brushed with a kind of comedy-rock-star superpower Midas touch.

Hart spins through stories about what happens when you send your kids to private school (while you’re reminiscing with friends about how tough life was in the hood, they’re moaning about wi-fi outages) and how terrible it would be to have your kneecaps bitten off by a wild animal (making bowling, in particular, rather awkward).

Hart was born and raised in Philadelphia, so a homecoming party to which 50,000 neighbors bought tickets must be especially sweet. He seems humbled, even a little overwhelmed, by their presence and by their laughter. He may be playing to a stadium packed with people, but he hears them playing to him too. 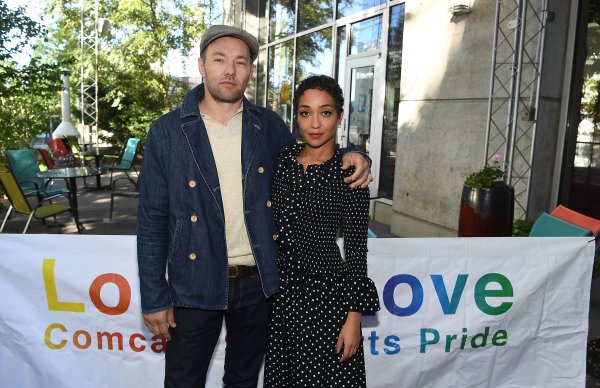 Watch the Stars of Loving Explain Why the Film Matters Today
Next Up: Editor's Pick