Don’t let the fact that she’s 81 fool you — Matthew McConaughey’s mother, the inimitable Kay McConaughey, is still the life of the party and can still best her son when it comes to going hard in the paint.

In an illuminating interview with Esquire where Matthew discusses meeting his wife and winning an Oscar, the most riveting thing by far is his account of Kay, who is affectionately referred to as K-Mac.

Esquire offers this exceptionally glorious anecdote, in which we learn that K-Mac likes Fleetwood Mac and lots of Kendall-Jackson, because, really, who doesn’t love those things? The story also includes McConaughey revealing by his own admission that his mother can out-party him.

He’s taking K-Mac to a Fleetwood Mac concert, and McConaughey’s eighty-one-year-old mom likes to rock, and then some. “I do not remember the last time when we partied when she didn’t go to bed after me and get up before me,” he says. “She’s gonna want to jam on some Kendall-Jackson [wine] tonight.’” 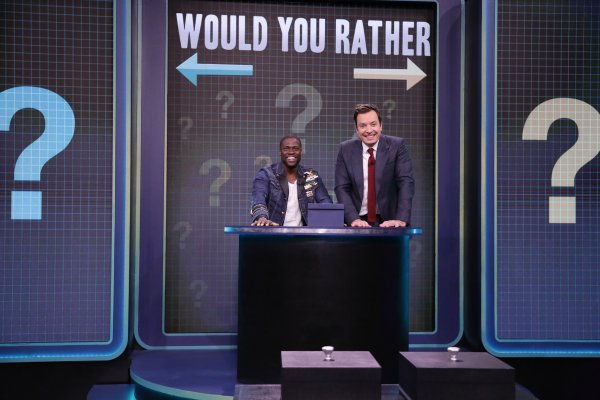 Watch Jimmy Fallon Eat a Cricket After a Devastating Loss to Kevin Hart
Next Up: Editor's Pick