A former Miss USA contestant said Donald Trump, who previously owned the pageant, walked into the dressing room while contestants were changing during a 2001 dress rehearsal, according to a CBS report.

“He just came strolling right in. There was no second to put a robe on or any sort of clothing or anything. Some girls were topless. Other girls were naked,” Tasha Dixon, former Miss Arizona, told CBS Los Angeles on Tuesday. Dixon competed in the 2001 Miss USA pageant when she was 18.

Dixon told CBS Los Angeles that it was uncomfortable “to have the owner come waltzing in when we’re naked or half naked in a very physically vulnerable position and then to have the pressure of the, you know, the people that worked for him telling us to go fawn all over him, go walk up to him, talk to him, get his attention.”

“I’ll go backstage and everyone’s getting dressed, and everything else, and you know, no men are anywhere, and I’m allowed to go in because I’m the owner of the pageant and therefore I’m inspecting it,” Trump said in the 2005 interview, published Saturday by CNN. “I sort of get away with things like that.”

Trump came under fire this week after a leaked recording of a 2005 conversation featured him boasting about being able to “do anything” to women because of his fame.

Some women who competed in the 1997 Miss Teen USA pageant, which Trump also owned, shared similar stories with BuzzFeed News.

“I remember putting on my dress really quick because I was like, ‘Oh my god, there’s a man in here,’” said Mariah Billado, former Miss Vermont Teen USA, according to BuzzFeed.

But other contestants from the 1997 pageant told BuzzFeed they never saw Trump and raised doubts that he could have been there. “There was way too much security,” said Crystal Hughes, former Miss Maine Teen USA. “If that was something he did, then everybody would have noticed.”

Former Miss Massachusetts Teen USA Jessica Granata said it seemed unlikely because “there were so many chaperones.”

But Dixon said she thinks it was possible because everyone else reported to Trump.

“I’m telling you Donald Trump owned the pageant for the reason to utilize his power to get around beautiful women,” Dixon said. “Who do you complain to? He owns the pageant. There’s no one to complain to. Everyone there works for him.” 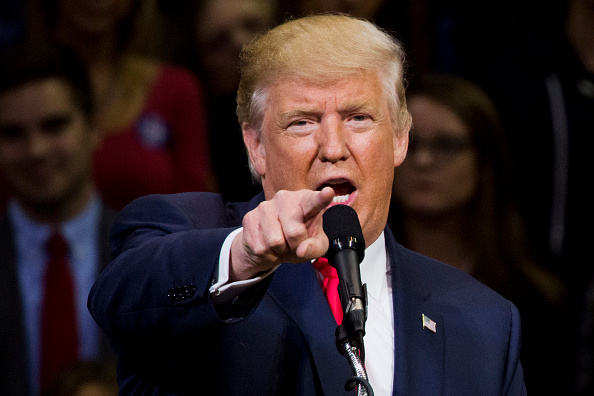