Nicki Minaj Says She Can Do ‘Anything’ Jay-Z Can Do

When you hear the word “boss” who comes to mind? If it’s not Nicki Minaj, you’re not thinking straight.

The 33-year-old rapper and entrepreneur has been changing the game since day one. From breaking Billboard chart records with four songs simultaneously in the Top 10 Mainstream R&B/Hip-Hop chart, to being the first and only female rapper in Forbes’ Hip-Hop Cash Kings list—she has proven time and time again, to be the best.

Now, the Trinidad-born artist is speaking out about what it’s like to compete in the male-dominated music genre of rap. The “Anaconda” star recently told Marie Claire that it was Jay Z’s transition from rapper to businessman that inspired her to make big moves in her career, saying: “I felt like anything he could do, I could do.”

Although Jay Z has played a big role in inspiring Minaj’s success, we can’t forget about Blue Ivy’s other parent, Beyoncé, who has been known to slay collaborations with Nicki. Besides putting out music that is absolute gold, Nicki’s “Feeling Myself” and Beyoncé’s “Flawless” remix, the two have been known to have social media buzzing with their collabs. “Every time Bey and I do something together, I see how women are inspired,” Minaj tells Marie Claire. Their girl-power message reminds women around the world that they’re in charge, “You should be the boss of your own career and the brains behind your life or your decisions.”

This message of feminism is something the YMCMB artist truly believes in, “I want [every woman’s] goal in life to be to become an entrepreneur, a rich woman, a career-driven woman.” Seeing young women get married and rely on their husband for money, is not something the Pinkprint rapper supports, “I don’t want that to be a woman’s goal in life.” 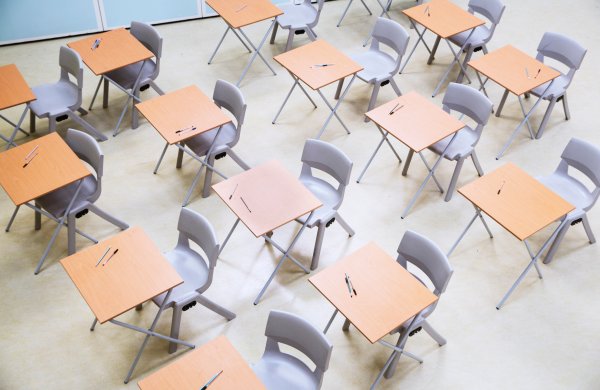 The U.S. Ranks Behind Kazakhstan and Algeria on Opportunity for Girls
Next Up: Editor's Pick