This Is Amazon's Answer to Apple Music and Spotify

Amazon Music Unlimited differs from Amazon’s previous music service, called Amazon Prime Music, in that it has a much larger library and is open to users who don’t subscribe to Amazon Prime. Whereas Prime Music offers 2 million songs, Amazon Music Unlimited offers “tens of millions,” putting it on par with Spotify and Apple Music’s selection. (Amazon didn’t share a more specific number of songs available.) Amazon’s Music Unlimited app will work on iPhone and Android devices, as well as Windows and Mac computers.

Amazon Music Unlimited costs $9.99 a month for non-Prime members, and $7.99 for Prime members (Amazon Prime, which offers free two-day shipping and other benefits, costs $99 a year). A family plan will be made available later this year for $14.99/month, Amazon says. Meanwhile, Amazon is also offering a $3.99/month plan that’ll work only with the company’s Echo smart speakers (buy here).

As such, Amazon has tailored the service to work well with voice controls. When using Amazon Music Unlimited through the Echo or other Alexa-enabled devices, users can ask Amazon’s virtual assistant to play a specific artist, songs from a particular decade, or music that fits a certain mood. Alexa will also be able to find music by lyrics when users can’t remember the name of a song.

Amazon’s latest launch comes just before Google will release its own voice-controlled speaker called Google Home, which is cheaper than Amazon’s Echo at $129 and allows users to pick their default music service for streaming. 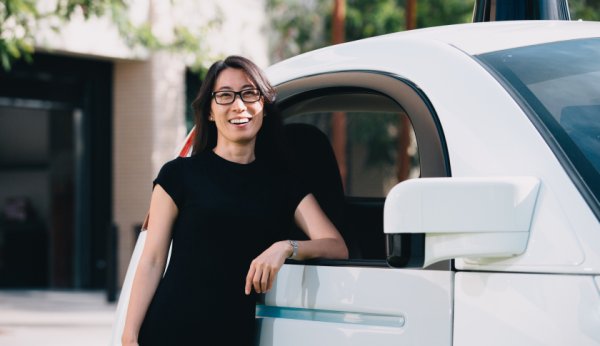 Meet the Woman Who Designed Google's Self-Driving Car
Next Up: Editor's Pick