Minnie Driver Reveals She Was Sexually Assaulted as a Teenager

Minnie Driver revealed Tuesday that she had been sexually assaulted when she was a teenager.

“When I was 16, I was on vacation in Greece, and this guy, kinda elbow-grabbed me, and said ‘You’re going to dance with me,’ ” Driver, 46, said on Sirius XM’s StandUP! with Pete Dominick. “I said ‘no’ and I pulled my arm away from him, and he grabbed me by the back of my hair. I tried to kick him, and then he punched me.”

The actress, who corrected herself and said the incident happened at age 17, admitted that the authorities pinned her as the one at fault.

“The way [the police] presented it was ‘this guy was just having a good time and if you’d gone along with it, it would’ve been fine,’ ” she said. ” ‘If you’d just danced with him, you wouldn’t be in this position that you’re in now.’ ”

Given the way her accusations were handled, Driver believes this is why young girls and women today are hesitant to speak up.

“The times that you would sanction it, because you would believe when you’re young, when you’re 17, 18, you’re going out, the idea that unwanted male attention is something that you are supposed to put up with because it is somehow your role that a guy can come and touch you, he can put his hand way too far down the small of your back so that his hand is kind of going into your butt and that that’s alright,” she said. “That you can be shepherded, herded, touched, mauled. I think young women, they’ve been belittled when they’ve said something.”

After giving her anecdote, the Speechless star confessed that there isn’t one woman she knows that “has not had one form of sexual assault at some point in their life.”

This article originally on People.com 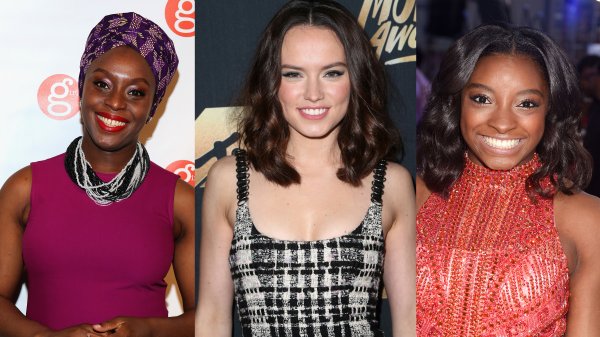