If you only read one thing: There are less than four weeks until Election Day, and it couldn’t come soon enough. The GOP nominee and his campaign continue to find new ways to bring the race further into the mud—the latest being a video questioning Hillary Clinton’s health and fitness to serve. Catering to the right wing blogosphere, Donald Trump is trying to turn the race into a pure base election, on hopes of scaring off swing voters in the center by making the race so detestable that only the most committed supporters turn out. So rather than try to expand his appeal—which may be impossible after his recent streak of inflammatory comments and attacks—he is trying to lower hers at all costs. It’s an all-in bet that the enthusiasm gap will make the race competitive in the final weeks, but Clinton’s well-organized campaign makes that unlikely.

Trump seems to be relishing taking gratuitous shots at his party’s leadership. There is essentially no political upside, and only personal satisfaction in the insults directed at Paul Ryan and John McCain. And Hillary Clinton’s campaign is trying to implicate Trump’s campaign directly into the Wikileaks hacks of their internal emails, in some ways playing into Russian efforts to sow distrust in the electoral process.

Trump Declares War on GOP, Says ‘the Shackles Have Been Taken Off’
No-holds-barred campaign [Washington Post]

President Obama Lays Into Donald Trump at Campaign Event
“You don’t have to be a husband or a father to hear what we heard just a few days ago and say that’s not right,” he says [TIME]

“I’m not sure I believe it.” — Donald Trump on Fox News on polls showing a historic deficit with women

President Obama Says We’re Going to Mars. If Only It Were That Easy [TIME] 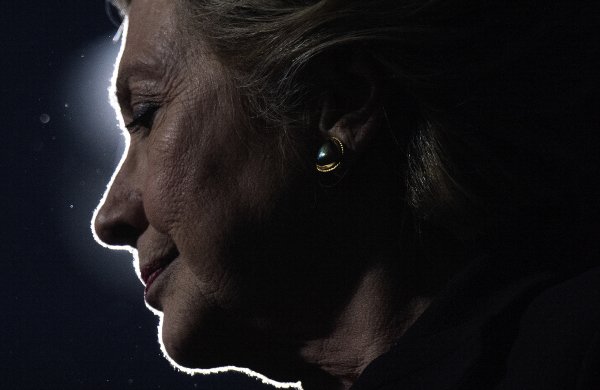