Late Night host Seth Meyers tore into Donald Trump on Tuesday, saying that things “don’t look good” for the Republican nominee as many in the party are jumping ship.

“The poll numbers that have come out in the past few days don’t look good for Trump, prompting many Republicans to abandon him and withdraw their endorsements,” Meyers said during his popular “Closer Look” segment. “Trump has responded, meanwhile, with a slash-and-burn strategy designed to appeal to his loyal supporters, throwing the GOP, once again, into chaos.”

After a weekend of controversy, including a leaked tape of him making lewd comments about sexually assaulting women and an uneven debate performance, many in the GOP establishment have abandoned Trump.

Meyers pointed out that the billionaire may be trying to go out with a bang, using the GOP leadership as a scapegoat should he lose.

“Even if he loses, Trump can still do lasting damage by questioning the legitimacy of our political system,” Meyers says. “Our political system depends on people accepting the outcome—even if they don’t agree with it. But Trump cries fraud whenever he disagrees with something or someone.”

Watch the segment above. 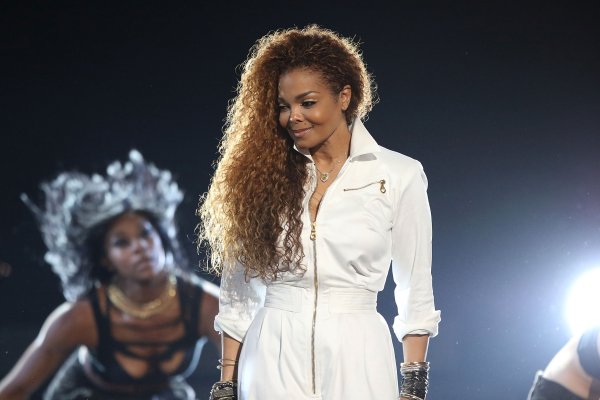 Janet Jackson Announces She's Pregnant at 50
Next Up: Editor's Pick