The Walking Dead Producer on Killing Off Characters: 'There's Going to Be an Expiration Date for Everybody'

Gale Anne Hurd, executive producer of The Walking Dead, knows fans love the show’s characters. But that doesn’t mean she can guarantee they won’t be killed off. In fact, when the AMC drama returns for its seventh season Sunday at 9 p.m. EST, one member of Rick Grimes’s beloved crew is going to meet a gruesome end at the hands of ubervillian Negan.

Viewers have been waiting to find out the identity of the Saviors leader’s victim since the season six finale, an episode that ended by switching to the perspective of the unlucky chosen one as Negan began his merciless attack. However, it seems this won’t be the only brutality Negan inflicts on the group of survivors as the season goes on.

TIME recently spoke to Hurd about how TWD has become one of the most popular shows on television and what comes after it concludes its bloodiest cliffhanger to date.

TIME: Stories of the undead are an age-old horror trope but The Walking Dead has reinvigorated the zombie genre. Why do you think that is?

Gale Anne Hurd: First of all, Robert Kirkman’s underlying comic book had already stood the test of time. By the time the show aired issues had been in comic book stores since 2003. So it had plenty of time not only to develop a following but also win the Eisner award — which is the comic-book equivalent to an Oscar. And what was perfect and remains perfect about the comic book is that it’s the ongoing journey of the characters — both from place to place as well as their character arcs — that keeps people interested. People that watch the show for the first time are always surprised. The number of times I’ve heard someone say, “wow, it’s not about the zombies, it’s about the people,” as if that’s surprising and a revelation. If I had a dollar for every time someone said that we’d probably be able to finance the show.

The show is about the zombie apocalypse but it’s always been character driven. How does the group keep viewers so invested?

The interesting thing from the very beginning — including the characters Daryl Dixon and also Merle Dixon that were not inventions of the comic book but new to the show — is that you can identify with the the characters. And the fascinating thing is that they change. And in some instances while they change, they maintain their humanity and as viewers we continually ask ourselves, what would I do in that situation? Would I kill someone in order to protect someone I love? Would I kill someone in cold blood knowing that if I don’t they will likely kill me later?

Fans are always threatening to stop watching if a certain character dies. Do you think there’s a line the show could cross that would push people over the edge?

I have no idea. That’s pure speculation, but I do think there are shows where you can’t deny the passion fans have for a particular character. But at the same time the reason the show continues to be part of the pop culture dialogue seven years in is because we try to keep all that noise to the side. We respect the fans but we also want to remain true not only to the underpinnings of the comic book but to where the characters are in their journeys. And there’s going to be an expiration date for everybody.

Viewers were just introduced to Jeffrey Dean Morgan as Negan and with only one scene, he showed himself to be an entirely new level of villain. What do you think he’s going to bring to the show going forward?

Well Negan — just as he is in the comic book — is the game-changing character. I think Jeffrey Dean Morgan is the perfect actor to bring him to life. And it’s funny because the character of Negan is incredibly charismatic…even while he’s bashing someone’s brains out with his bat. He’s colorful, he’s fun — but he will torture you and he will kill you.

There’s been talk about the similarities between Rick and Negan and how if viewers had been watching a show about Negan leading the Saviors for the past six years, then they may see that last scene as a moment of retribution. Do you see it that way?

Obviously from Negan’s point of view — and objectively — Rick and our group killed his followers in cold blood. They were asleep in that satellite station and so it wasn’t a “fair fight.” On the other hand, Rick doesn’t go out and kill people for no reason or torture people for no reason. He certainly doesn’t enjoy it and Negan does. Rick has tried the democratic route in the prison — he reverted to farming — I don’t see that being something that Negan would do. I think they’re very different characters and Negan is not someone who wants to share his power. There’s a reason why everyone who follows him says, “I’m Negan.” Rick is not the kind of person who would think, “Oh I need everyone who follows me to say ‘I’m Rick.'”

So is our group still the good guys? Are there any good guys?

I think it’s a continuum. Good people can do bad things. Bad people are capable of mercy but that doesn’t make them good people. You’d have to believe that nobody can be rehabilitated after they’ve committed a crime and I happen to believe that people can be. So just because one of our characters has done something terrible, it doesn’t mean they’re lost.

Did you anticipate so many fans having a negative reaction to the sixth season cliffhanger?

We shot that last November — so a very long time prior to when it aired — and the intention was, “OK, we’re introducing Negan here. We need to show just how formidable a villain he is.” And obviously the focus would have changed completely if we had shown who he killed. We didn’t do it to generate a lot of reaction or a lot of social media response. We did it because we thought that was the best way to end the season — with the introduction of a character who is going to be game-changing in this new season.

Were there actually any clues about the identity of Negan’s victim in it or was that all just wishful thinking on the part of fans?

We didn’t intend to have any clues so I couldn’t tell you if there were.

Would you say season 7’s opening scene is going to be the most violent sequence in the show’s history?

We’ve had a lot of violence. I mean let’s face it, Rick bit someone’s throat out. That’s not what we intend. We only do things because of the impact those moments have on the characters on the show so that the audience is feeling the same thing that those characters are.

AMC Network President and CEO Josh Sapan recently said he thinks the show has the potential to run for as long as Star Trek, which just celebrated its 50th anniversary. Where do you see the franchise going long term?

It really has to do with how long we’re able to tell compelling stories. The fact that at this point, Robert Kirkman hasn’t said when he plans an end date for the comic book is something that will have a significant impact on how long the show can run. I think everyone is in a different position. The head of the network is talking to the investment community, I talk to the fans….Right now we want to focus on the shows that we have. When you think about it, the universe is The Walking Dead, Fear the Walking Dead and Talking Dead, so it’s already a pretty significant universe. 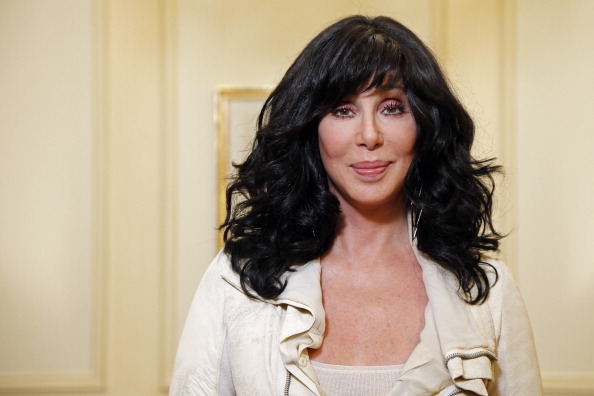 Cher Is Just 'All Right' According to Cher
Next Up: Editor's Pick