How Planned Parenthood Changed Everything

More than one hundred years ago, Sadie Sachs tried to give herself an abortion. The 28-year-old mother of three knew she and her husband could not afford another child. So one hot July day in 1912, Sadie’s husband Jake came home from work to find her unconscious in their bed, their three children screaming. Jake called a doctor, who called a nurse, who was named Margaret Sanger.

Sanger and the doctor worked for three weeks to fight Sadie’s sepsis and nurse her back from the brink of death. When she was finally getting better, Sadie asked the doctor if there was anything she could do to prevent another pregnancy. In her memoir, Sanger later wrote that the doctor advised Sadie to resist “any more such capers,” and then this happened:

Three months later, Jake Sachs called Sanger again. This time, Sadie died ten minutes after Sanger arrived. That’s when Sanger decided: “I was finished with palliatives and superficial cures; I was resolved to seek out the root of the evil, to do something to change the destiny of mothers whose miseries were vast as the sky.”

Margaret Sanger knew the realities of what she called “biological slavery” firsthand: she helped deliver one of her own siblings when she was just 8 years old. Her mother ultimately gave birth to 11 babies, all ten pounds or more, before she died at around 40, her death likely accelerated by the physical toll of her pregnancies. When Sanger left home to practice medicine, she met desperate immigrant women in New York tenements who wanted one thing more than anything else: to learn the “secret” of how to avoid having children. She wrote that the “doomed women implored me to reveal the ‘secret’ rich people had, offering to pay me extra to tell them; many really believed I was holding back information for money.”

There was not yet a “secret” birth control that could prevent pregnancy, but there was an enormous amount of ignorance about basic biological processes. So Sanger started writing, aiming to prevent young girls from “entering into sexual relations whether in marriage or out of it, without thinking and knowing” how their bodies worked. Multiple essays she wrote were banned as obscene, she was indicted and she fled the country. She returned when one of her children died of pneumonia, and the charges were dropped.

That’s when Sanger, along with her sister Ethel Byrne and a nurse named Fania Mindell, started the first birth control clinic in the United States, which opened its doors on Oct. 16, 1916 at 46 Amboy Street in Brooklyn. They distributed pamphlets that said: “Can you afford to have a large family? Do you want any more children? If not, why do you have them? DO NOT KILL, DO NOT TAKE LIFE, BUT PREVENT.” Women lined up around the block, paying 10 cents to meet with the nurses.

The clinic stayed open for only nine days before it was shut down by an undercover policewoman posing as a patient. It opened again and was shut down again, and Sanger was arrested for maintaining a public nuisance. She opened the clinic a third time, on Nov. 16, but authorities forced the landlord to evict her, and all three women were arrested. When Sanger appeared before the judge, he waved a cervical cap from the bench and argued that no woman should have “the right to copulate with a feeling of security that there will be no resulting conception.” She went to jail for 30 days.

Even though the first clinic stayed open for only nine days, it was the beginning of a birth control movement that would radically revolutionize the way women live their lives, and the way society functions. Five years later, Sanger founded the American Birth Control League in 1921. Twenty-one years after that, that organization was renamed Planned Parenthood.

Planned Parenthood was at the forefront of every birth control milestone of the 20th century. Sanger closely followed and even personally funded some of the research that led to the development of the birth-control pill, and her friend Katherine Dexter McCormick underwrote a large portion of the medical research. The FDA first approved the pill for contraceptive use in 1960, and in 1965—thanks to a Planned Parenthood lawsuit—states were no longer allowed to outlaw it. The organization came out in support of abortion in 1968, and only start performing the procedure after it was legalized in the 1970s. (Sanger herself had mixed feelings about abortion: she called the procedure “dangerous and vicious,” but trusted a “woman’s instinct” about “when she should and should not give birth to children” above any moral position on the subject. In other words, she was pro-choice.)

Sanger’s movement didn’t happen in a vacuum. The birth control movement had its roots in earlier social-justice movements: when women became involved in the abolition movement in the first half of the 18th century, they began to realize that the size of their families determined their ability to participate in the outside world. That’s when family size began to fall for the first time, according to Jonathan Eig, author of The Birth of the Pill. “Women realized that if they want to stay engaged in the community, if they want to stay active, they have to have fewer children,” he tells TIME. “That’s when you start to see women realizing that there is a tie between family size and political power.”

The personal and political ramifications of that first birth control clinic are countless. “You can look at all of human history and see that for 99% of it, women were considered objects, like vessels for birthing and caring for children,” says Eig. “Once you can control your own body, you can control your own life, and then you can assert yourself in your family, your community, in the workplace.”

It is no coincidence, then, that the rise of birth control coincided with women gaining power in politics, business, education and numerous other areas of life. Though the paths to that power may have varied, every one is connected to the ability to control family size.

“It seems like a long time, a hundred years,” Eig says. “But if you think about how much has changed in a hundred years, how unimaginable this would be—women on the Supreme Court, a woman running for president, there’s no doubt that it’s all connected to access to reliable birth control.” 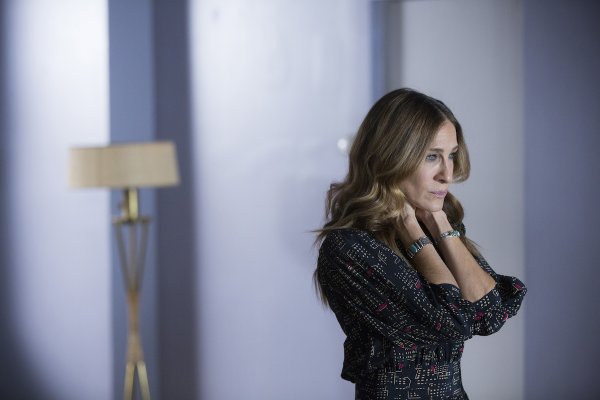 A Brief History of Divorce in America: From Legal Rarity to Dark Comedy
Next Up: Editor's Pick