We Are One Menstrual Cycle from Election Day

We’re officially one menstrual cycle away from election day.

Many women have spent the past few years fighting to de-stigmatize menstruation, which has historically been seen as a taboo or uncouth topic. But this presidential election has proved that those activists only have more work to do: period shaming has popped up the biggest moments of the election, which pits Democratic nominee Hillary Clinton, the first female presidential nominee of a major party, against Republican nominee Donald Trump, who has been repeatedly criticized for his treatment of women.

‘Blood coming out of her wherever’

The most prominent menstrual moment came early on in the election before Trump had secured the Republican nomination. During one of the earlier Republican primary debates last August, Fox News anchor Megyn Kelly pressed Trump on his record on women, which includes insulting them based on their looks. Trump accused Kelly of asking him an unfair question.

Trump later said “blood coming out of her wherever” meant to refer to Kelly’s nose or ears. But many women interpreted it differently, tweeting to Trump that #PeriodsAreNotAnInsult.

“Women understood that comment. And yes, it is offensive,” Carly Fiorina, the former CEO of Hewlett-Packard and one of Trump’s opponents in the Republican primary, told CNN in an interview. “I started out as a secretary. And as I made my way up in the business world, a male-dominated business world, I’ve had lots of men imply that, um—I was unfit for decision-making because maybe I was having my period. So I’ll say it, OK?”

Many women were outraged when Trump chose Indiana Governor Mike Pence as his running mate in July because of Pence’s staunch anti-abortion stance. But Pence was making headlines before he even joined Trump’s ticket as women protested after he signed one of the country’s strictest anti-abortion laws, which included a provision that required miscarried or aborted fetuses be cremated or interred, in April with “a prayer.”

Their form of protest? Send Pence explicit details about their period. The campaign, titled #PeriodsforPence, saw thousands of women contact Pence’s office with specifics about their flow, arguing that if he wanted to be involved with their reproductive health, he deserved to know all of the bloody details.

After a concerted push from women across the country, many states proposed new legislation to end the “luxury tax” — taxes imposed on items that aren’t deemed necessities — on tampons. Donald Trump hasn’t shared his stance on the “tampon tax” debate. Clinton, who represented New York during her tenure as a U.S. Senator, celebrated New York’s legislation after it passed over the summer.

But it’s not an issue that appears to be going away soon. California Governor Jerry Brown vetoed a bill that would have ended the state’s tampon tax last month, and women are continuing to push for similar legislation across the country.

‘Sometimes you get there by mistake’

After the Washington Post leaked a 2005 tape of Donald Trump saying he could do anything he wanted to women on Friday, CNN unearthed more eyebrow-raising audio clips of Trump’s comments on women during his numerous appearances on the Howard Stern Show.

In one of the audio clips, from a 1997 interview, Stern pressed Trump on whether he’d have sex with a woman while she was on his period, seemingly implying that it would be gross. “Donald, seriously, you would not, right, am I correct?” Stern asked.

“Well, I’ve been there. I have been there Howard, as we all have,” Trump responded. “Well, sometimes you get there by mistake.” 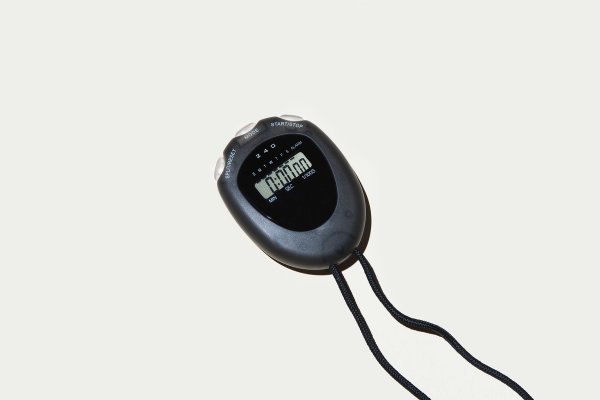 10 Easy Tricks to Help You Stop Procrastinating And Get Back to Work
Next Up: Editor's Pick