Kevin Smith at magazine stand with Jason Mewes in a scene from the film 'Mallrats', 1995.
Archive Photos-Getty Images
By Melissa Locker

Kevin Smith wants to go back to the mall. The writer, director, and actor took to Facebook to tell fans that he is on a mission to turn his beloved 1995 movie Mallrats into a television series.

The cult classic comedy revolves around an epic trip to the mall, after T.S. (Jeremy London) and his best friend, Brodie (Jason Lee), are both dumped by their girlfriends played by Claire Forlani and Shannen Doherty respectively. The mall is the center of the action with appearances by Fashionable Male’s store manager (Ben Affleck), a pretzel-loving dad played by The Walking Dead’s Michael Rooker, and, of course, Jay (Jason Mewes) and Silent Bob (Smith).

In his Facebook post, Smith said that he is shopping the sequel series to Showtime, Netflix, Amazon, and Hulu in the hopes that someone will jump at the chance to go to the mall. The project already has one big booster, though—Marvel icon Stan Lee who appeared in the original movie. “When I saw @therealstanlee at @nycomiccon this weekend, I told him Rats pitches start today. Stan (who is a major part of the series) said ‘Well hurry up! I’m not getting any younger!’,” Smith wrote.

“This flick’s 21 year ride has been a gift,” Smith wrote, adding that: “For nearly 2 years now, I’ve dreamed of seeing [Jason Lee and Shannen Doherty] back in a mall again as Brodie and Rene. Today, I stop dreaming and try to make that fantasy a reality. ”

Fingers crossed that Smith can take us all back to the mall soon. 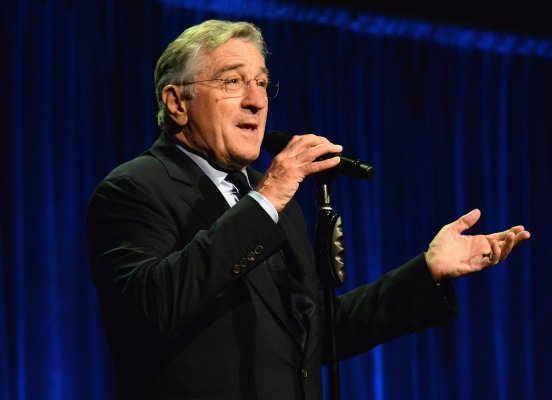 Robert De Niro Claps Back at Jon Voight's Defense of Trump
Next Up: Editor's Pick