7 Ways to Overcome the Fear of Failure

Evan Asano, CEO and founder: Mediakix.com, answered the question “How can I overcome the fear of failure?” on Quora.

The fear of failure is a very real defense and reaction by your mind. The reaction serves, for the most part, to try to protect you from perceived threats. The key word here is “perceived” threats. This part of our brain developed millions of years ago to protect us from the very real physical threats such as predators. So what developed to protect from lions activates now when we want to take risk or do something outside of our comfort zone, and it ultimates hold us back and limits us. The problem now is that our threat system is not very good from distinguishing between real physical threats and perceived risks.

Your comfort zone is more than just a concept; pushing these boundaries trigger very real neurophysiological reactions of the mind’s threat system. What defines your comfort zone inherently sets the boundaries that trigger this system. Stay within these boundaries and you’re safe, venture outside of them and the system warns with by surfacing fear. Your mind is doing what it’s evolved to do: to protect yourself by signaling fear at perceived risk, unfamiliarity and the unknown.

Related from Quora: How do I know that I am on the right path?

This system served us well evolutionarily when our comfort zone was the safety of our tribe. The risky, unfamiliar and unknown represented very real threats to our and our tribe’s safety. Now, the risk isn’t physical safety, but emotional safety and security. Yet the risky, unfamiliar and unknown still set off our reactive fear system with a flood of fear, paralyzing and preventative thoughts.

When you push and stretch your comfort zone even in little ways, you start to reset those boundaries and trigger points and get comfortable with incrementally more and more discomfort.

Skating backwards down the rink and not falling was our comfort zone, and our coach knew we’d never improve within that. When we’re encouraged to fail, we stretched our boundaries. Failure became the goal. Falling was success. And we fell until we improved, until we started to see that we could exceed our perceived boundaries.

Here’s where you can start to overcome your fear of failure.

1. Reframe failure. What is failure? The only true failure is the one you don’t learn from. Facebook has failed repeatedly and publicly with huge initiatives like Beacon and Poke. It’s because they fail that they succeed. Facebook’s moto is: Fail fast, fail forward. Facebook knows the biggest failure would be not evolving, not pushing boundaries and not finding ways to disrupt themselves. If Facebook isn’t evolving, building and taking risks, then they’re slowly dying. If Facebook relied on what worked for them 5 years ago, then they would be Yahoo, Twitter or Myspace instead of one of the world’s largest and most successful companies with a $365B market cap. In sales, there’s the aphorism, “every no is one step closer to a yes.” In fact, hear as many no’s as you can in a day because it means you’re talking to as many people as you can in a day and will get to each yes that much faster. Failure often isn’t what you think it is. So embrace hearing the no’s and try so hard during the drills that you go sprawling because the no’s will come and so will the yes’s, and you’ll move forward: incrementally and inexorably.

2. Understand your fear.
What it is exactly you fear? We don’t all fear new things, taking risks, changing and growing for the same reasons. Fear of failure is driven because we imagine the worst or because we strive for perfection or because we desperately fear rejection. What is the worst that can happen? If we go out and start a business, we imagine that we’ll lose everything if we fail. Then what? Will you then not have friends and loved ones? Will you not have your family? Will you not have the same gumption and drive that compelled you to start a business in the first place? If you’re the type of person with the chutzpah to start your own endeavor, then you’re the type of person that many, many employers are desperate to hire. After setting out to start my own business, I lost everything in the 2008 financial crisis. I ended up $250K in debt and on unemployment looking for a job in an industry I had zero experience in during the worst job market since the Great Depression. And you know what, I didn’t just find a job, I was hired as Head of Sales at a top firm. When you decide to move forward, you also make the decision to push through no matter what; and when you decide that, remarkable things happen. Nothing close to your worst case scenario will ever be realized.

Related from Quora: What is the quickest way to get people to trust you?

3. Counter fear with confidence.
Confidence comes from making a decision, making a commitment and sharing that pronouncement. The world responds and supports those who act and lead with confidence. No one is conspiring for your failure. When you take action with confidence and surety, the world will conspire to support you though. The right things will happen, the right circumstances and opportunities will present themselves. A friend who immigrated to the U.S., explained the difference in attitude towards entrepreneurship between the U.S. and where he was from. Where he was from when someone would share an idea for a business with others, they’d often tell them how it’s not possible, it’s out of reach or unachievable. In the U.S., people respond by supporting the idea, acknowledging the individual’s courage and offering help, introductions to friends and other forms of support.

4. Take action.
Another cause of fear of failure is focusing on the enormity of the challenge. Look at a picture of Mt. Everest from Base Camp. It’s magnificent and imposing, and doesn’t look the least bit climbable. Add to that, the summit is racked by storms, -50 degree weather, and is utterly inhospitable. Yet hundreds of climbers summit every year. These climbers are most often not professional climbers or elite athletes, but ordinary hobbyists with a dream and a goal. And they all start the climb the same way, with a single step toward the summit. It’s sounds like cliche, but action becomes a habit. Small steps add up and soon you gather momentum and not long after that you’re unstoppable.

5. Ignore the fear.
In big wave surfing, surfer paddle into waves the size of 5 story buildings; violent behemoths that impart terrifying and catastrophic forces. It’s impossible for any human not to fear these waves. To counter what can be a paralyzing fear, many of the most elite big wave surfers avoid looking at the impact zone where the wave crashes because it wouldn’t instantly cripple them with fear, and they would never paddle for one of the waves. You’ll have many fears in life; some you can stare down and charge and others who’s lair you should tip top around.

Related from Quora: What is the most effective yet most efficient way to get rich?

6. Challenge yourself.
Take on challenges in other areas of life outside of where you seek to grow. Ever wonder why triathlons, mud runs and marathons are so popular? People want to push their boundaries and see what they’re capable of. You build will power and drive. When you succeed at large goals in one area, you start to see that you can apply the same skills and determination to accomplish goals in other areas. When you realize you can run a marathon with the right preparation, mindset and training, you realize you can do a plethora of other things you set your mind to. “Don’t fear failure. Fear being in the exact same place next year as you are today.”

7. Debunk fearlessness.
Successful people seem fearless and extraordinary; but that’s just how they’re perceived, and it becomes the myth that we perpetuate. Successful people started out very ordinary and through a combination of practice, hard work, effort and action achieve their success. That myth of fearlessness, however, can act as a barrier to many causing them to believe that being successful is predicated on being fearless and extraordinary. Being brave isn’t living without fear; it’s living with fear, confronting it and taking action in spite of it. It’s challenging yourself and putting yourself in places where you encounter fear and facing that fear. Fear is a very normal and inevitable part of being human, so much so that it’s one of the characteristic that define us. It’s a part of all of us. No one is truly fearless; they’ve just learned to embrace fear. In Games of Thrones when Robb Stark asks his father, “How can a man be brave when he’s afraid?” Ned Stark replies, “A man can brave only when he’s afraid.”

This question originally appeared on Quora: How can I overcome the fear of failure? 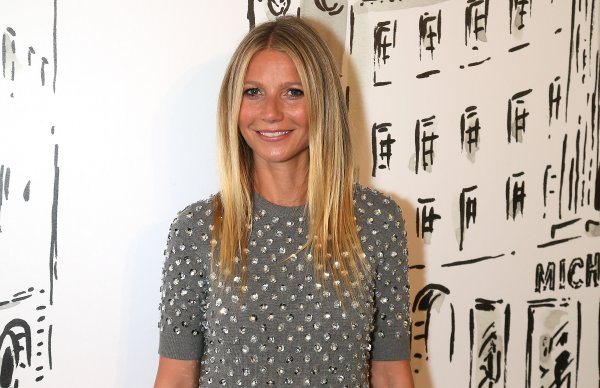 Gwyneth Paltrow Says Her Daughter Apple Is 'Super Ballsy'
Next Up: Editor's Pick