Temple Beth Shalom's cemetery in the Town of Warwick was found desecrated with anti-Semitic graffiti on Oct. 9, 2016.
Gittel Evangelist—TIMES HERALD-RECORD
By Suyin Haynes

Swastikas and other anti-Semitic graffiti were spray-painted onto the entrance of a Jewish cemetery in upstate New York.

The Temple Beth Shalom cemetery was vandalized with swastikas, “Heil Hitler” and lightning-shaped “SS,” the symbol used by the armed wing of the Nazi party, the Times Herald-Record reports. The damage to the stone entrance was discovered Sunday morning, between the Jewish holidays of Rosh Hashanah, which marked the Jewish new year last week, and Yom Kippur, which begins on Tuesday at sunset.

“Whether their intentions were to shock … or to scare us or silence us, that’s not where we’re going,” said Jon Gottlieb, president of Temple Beth Shalom in the Village of Florida. “We’re going to move forward.”

Evan R. Bernstein, regional director for the Anti-Defamation League, New York, said the vandalism was “deeply disturbing, both for its timing and location.”

“Violating such a sacred space with symbols of anti-Semitism and hate is deeply painful and offensive to the entire community,” Bernstein continued. “The fact that it was carried out just before Yom Kippur, the most solemn day of the Jewish calendar, only serves to compound the horrible and offensive nature of this act.” 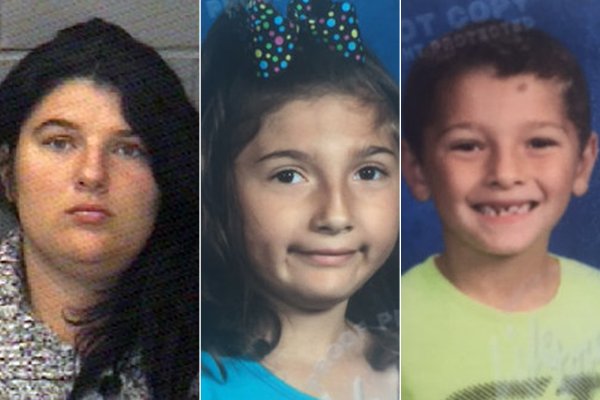 Mom Explains Why She Killed Her 2 Kids: ‘I Gave Them a Choice’ to Live or Die
Next Up: Editor's Pick