A 54-year-old hiker was lucky to survive a bear attack that left him with cuts, gashes and a bite.

Dan Richman told KTLA that he was “fortunate” to escape from the terrifying ordeal Monday when hiking alone in the Angeles National Forest in California, north of Sierra Madre.

Having never seen a bear in the wild before, he described himself as “pretty freaked out” when he came across one standing on its hind legs. Richman backed away, but didn’t see a second bear waiting towards his left.

“He grabbed my wrist. Grabbed my upper leg. He actually put his mouth around my neck. And I just stayed really, really still,” Richman told KTLA. “I just didn’t move… The bear was on top of me. He eased up and I got up and walked away. Once I thought it was clear I just ran down the mountain.”

Richman was taken to the hospital covered in blood, with multiple cuts to his head, torso, legs and feet, as well as a head injury. However, he told the news station he was “feeling good” despite pain from a bite on his leg. “If the bite had been a millimeter more it would’ve severed my tendon,” he added. “I’m just really fortunate.” 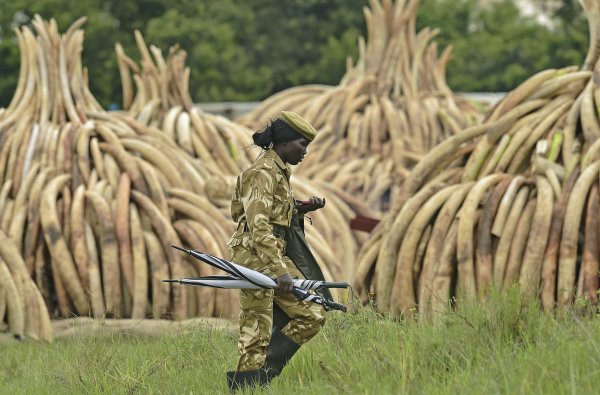