A man is silhouetted against The HSBC Holdings Plc headquarters in the Canary Wharf business, financial and shopping district on Feb.15, 2016 in London, England.
Dan Kitwood—Getty Images
By Sinead Cruise and Anjuli Davies / Reuters

Employment lawyers say some worried City workers have already been in touch to clarify their rights if banks, asset managers and other businesses decide they need new homes in the euro zone for operations hit by Brexit uncertainty.

While the terms of Britain’s exit remain unknown, many firms operating in the City of London are intent on protecting their right to sell financial services throughout the European Union under its “passporting” rules. This is likely to mean setting up shop in a center still in the bloc, such as Paris or Frankfurt.

But lawyers told Reuters this option could expose employers to legal action if workers in love with London life, or who have pressing family reasons to stay in the British capital, don’t want to move or feel under-compensated for their troubles.

“The practical logistics of moving lots of people are complex and the legal side will also be very complex,” said Crowley Woodford, partner at law firm Ashurst. “It will be very hard for banks to avoid constructive dismissal lawsuits. There will be the headache of litigation coming out of this.”

Prime Minister Theresa May said last week she would trigger what is likely to be a two-year process to leave the E.U. by the end of March.

This heightened a sense of urgency among financial services firms to decide which parts of their businesses need to be moved, to where, and when, industry sources said.

Investment banks have already warned they could move thousands of jobs if the City loses access to the E.U.’s single market, while the European Central Bank has signaled it could force euro trading out of London, the world’s largest foreign exchange market.

Many bankers are reluctant to go. One told Reuters that being forced to relocate would make his life very difficult. “I am working for a European bank which might or might not decide to move out. It would be difficult to uproot my family and children to a new country,” he said, speaking on condition of anonymity.

Bank chiefs acknowledge any shift must be done with great care. Alex Wilmot-Sitwell, who heads the European business of Bank of America Merrill Lynch, likened moving operations – including staff – to handling hazardous materials.

“The materials that are being moved are risky materials, and you don’t move nuclear waste in a race,” he told a parliamentary committee last month. “You do it in a very carefully coordinated and managed process.”

HSBC is already shifting 1,000 jobs from London to a new commercial and retail banking headquarters in the city of Birmingham, about 160 km (100 miles) away. While unrelated to Brexit, this move within the same country and currency zone will take three years to complete.

Before Britons voted on June 23 to leave the E.U., HSBC Chief Executive Stuart Gulliver estimated that around 20 percent of his 5,000 London staff who work in global banking and markets would move to Paris in the event of Brexit, depending on the terms.

The stakes are high. Britain’s financial industry could lose up to 38 billion pounds ($48 billion) in revenue if it ends up with restricted access to the EU single market, according to a report commissioned by an industry group.

Banks have been quick to quash any media reports that they have already decided how many employees to relocate.

But consultancy firm Oliver Wyman estimated that if finance firms lose the right to sell their services freely across Europe, 75,000 jobs in Britain may disappear.

Those jobs wouldn’t necessarily all reappear in other E.U. countries, as banks may decide that the difficulty of relocation makes some parts of their business unviable.

Nevertheless, analysts at JP Morgan have estimated that eight major U.S. and European banks face a combined $7.5 billion bill in the next five years if they need to move capital markets operations out of London.

Under British law, an employer cannot force workers to move abroad without risking a breach of their contracts, giving staff the opportunity to claim constructive or wrongful dismissal.

Even those firms which have negotiated clauses theoretically allowing them to transfer staff to a location of their choice may find it hard to enforce such provisions at tribunals that handle employment disputes.

“Tribunals are very sensitive about whether it is reasonable to enforce these clauses on any employee because of their own circumstances. They may have children in schools, partners who work for other firms who might not be able to relocate,” said Kevin McCavish, who heads the employment team at Shoosmiths law firm.

Many employers must decide whether to move London-based staff or pay them off and hire new workers where any new foreign operation is set up. Neither option will be cheap and both carry significant legal risk.

“For many operations, with the exception of key personnel, (redundancies) might be their preferred choice. It probably would be cheaper and that would give the bank the flexibility to recruit in other jurisdictions,” McCavish said

McCavish has already received inquiries from worried employees. “Their concerns are mainly about the financial packages that the bank is proposing for them. They are concerned the bank isn’t actually considering relocating their jobs – it is more a question of the bank making everyone redundant at their place of work in the U.K.,” he said.

U.K. legislation gives employees the right to keep their jobs if they are willing to follow the business of their team abroad on at least the same terms and conditions as in London.

But Ashurst’s Woodford estimates that nine out of 10 of any potential ‘transfers’ will involve redundancies with packages that are so generous that staff members waive these rights and opt against suing the bank.

For those who do take legal action, compensation for unfair dismissal in Britain is capped at around 79,000 pounds ($101,000), a relatively modest sum when legal costs are factored in.

Some bankers might be persuaded to move but want to keep their big city life, meaning the quieter charms of Germany’s financial capital are less attractive.

“I would consider relocating to Paris but not Frankfurt. Very few people would go to Frankfurt,” said another banker. “Paris is a large metropolitan centre with lots of culture and things to do.”

However, some senior staff might remain based in London and commute to Paris by high-speed train, he said, adding: “If my family weren’t happy, I wouldn’t move.” 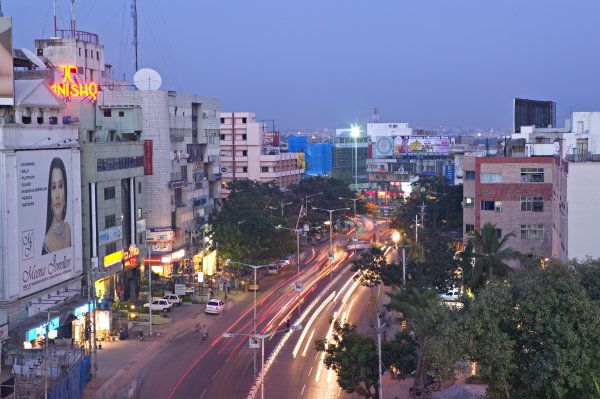 Parents Charged After Indian Girl Dies on Fast
Next Up: Editor's Pick