This Presidential Birthday Party Was 'Worth Dozens' of Campaign Speeches

This week marks the 60th anniversary of a forgotten moment in American political history: Oct. 13, 1956, the day Republicans celebrated President Dwight D. Eisenhower’s upcoming birthday with a televised tribute on CBS. The celebration occurred in the midst of Eisenhower’s re-election campaign, and the National Ike Day Committee organized events across the country to honor their candidate’s 66th year. Supporters brought cakes to hospitals, communities held dinners and parades, and volunteers collected thousands of signatures from citizens pledging to vote.

But the jewel of Ike Day was the star-studded tribute that Jimmy Stewart hosted from Los Angeles. Shuttling between California, New York, Kansas and two sites in Washington, D.C., the program interspersed scenes from Eisenhower’s youth with appearances by some of the era’s leading entertainers. In the course of 30 minutes, James Cagney, Irene Dunne, Nat King Cole and Helen Hayes paid homage to the president, who watched the show in the White House library and periodically appeared on screen.

Produced by the McCann-Erickson advertising agency and funded by some of the nation’s wealthiest families (the Rockefellers, DuPonts and Olins among them), the Ike Day program barely acknowledged its role in the presidential race. There was no talk of policy, no reference to political parties and no mention of Eisenhower’s Democratic opponent, Adlai Stevenson. And yet, to many in the press, the telecast struck a note of political genius. “As a demonstration of how to win friends and influence voters,” the Philadelphia Inquirer commented, the program “was worth dozens of speeches.” The Washington Post concluded, “without a single plea for partisan votes, it was the most politically effective program of the week.”

The gentle tributes of Ike Day seem worlds away from the bitterness of the current presidential race. The show was part of a well-orchestrated effort to generate good feelings around the Eisenhower-Nixon ticket. A TV Plans Board called for the creation of lavish campaign “spectaculars” that would leave viewers with a glowing impression of the GOP. The ad agency Young & Rubicam established a separate “star committee” to gather the names of athletes, entertainers and other personalities ready to support Ike. The collective glamour, strategists believed, would turn Ike into a consensus candidate.

Faced with the barrage of endorsements for their opponent, Democrats responded like punch-drunk boxers immobilized in the ring. The Stevenson campaign criticized the cult of personality created by the hype, mocking both the quest for celebrity backers and the glamorization of political candidates. But even as they objected, the Democrats were planning their own televised special in which the likes of Eleanor Roosevelt, Bette Davis, Orson Welles and Elvis Presley would denounce the influence of advertising on politics. The idea never got past the draft stage.

Eisenhower’s advisers hoped that they could use television to make politics entertaining for the independents and cross-voting Democrats the president needed for a November victory. “We should attempt to leaven the loaf of political content with as much entertainment as possible,” a Young & Rubicam staffer advised, arguing that celebrity appearances would bring significant weight. The result was a periodic effort to inject the campaign with the charm of an MGM musical.

Presidential campaigns have gravitated to other forms of entertainment since the 1950s. There have been pop up partisan nightclubs and telethons in which celebrities relayed voters’ questions to the candidates. There have been massive rock concerts to raise money, and free ones to register people to vote. By 2008, stars began distributing their own political videos across the Internet. Hillary Clinton has adopted many of these time-tested practices in her current campaign.

Want more historical perspective? Subscribe to TIME and choose one book from our History collection: D-Day, The Roosevelts or The Civil War. Click here for more details.

As many have noted, however, the 2016 presidential race has found its own form of entertainment, the national reality show, with Donald Trump as its undisputed star. For all of its drama, the plot of his campaign is so character-centered that even outside events (mass shootings, terrorist attacks) do not appear as discrete tragedies but as evidence of the candidate’s prognostication skills.

Events such as Ike Day used television to create an artificial political world in which entertainment could soften partisan disagreement. Sixty years later, our entertainment thrives on conflict, and reality television has met its match in the Twitter storm, the series of 140 character messages that are meant to wound more than enlighten. To voters who are weary of airbrushed, overly practiced politicians, there must be something thrillingly authentic in all this rancor and something deeply entertaining in the defiance of television’s polite rules.

Eisenhower’s advisers rallied around the reasonable, if somewhat manipulative, idea that entertainment could help them build political consensus. Today, many Americans are enthralled instead by spectacles of resentment—and it’s clear that consensus is not the only possible outcome of political entertainment.

David Haven Blake teaches at The College of New Jersey. He is the author of Liking Ike: Eisenhower, Advertising, and the Rise of Celebrity Politics, recently published by Oxford University Press. 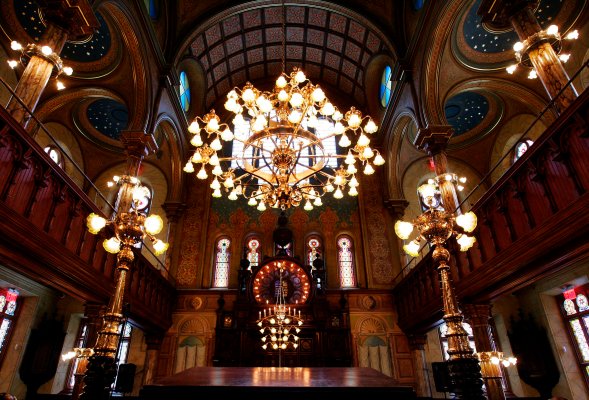