How Stronger Unions Could Fix Our Economy — And Our Politics

Of the little we’ve heard, much of this election’s economic policy discussion has focused on what can be done about our historically slow growth, rising inequality, and decreasing social mobility. But neither candidate has focused on one no-brainer solution: strengthening unions.

That might seem a contentious statement in a country with decades of fraught relations between corporations and labor. But as a new report from the left-leaning Center for American Progress outlines, a stronger labor movement may be the quickest way to spur the sort of broad-based growth (via wage hikes) that we need to create a more sustainable, robust recovery.

“It’s become pretty clear that in order to raise wages and reduce inequality, the number one thing that we could do would be to increase worker power within our economy,” says David Madland, a senior fellow at CAP and the author of the study.

Strengthening unions might also have the knock-on effect of decreasing populism. At least some of the ugliness we’ve seen this election cycle has been rooted in rising inequality. Meanwhile, about one-third of the recent increase in wage inequality for American males can be attributed to weakening unions, according to research by Harvard and Washington University academics. A separate IMF study found that countries without unions see a 10% increase in the share of income that goes to the highest earners.

By contrast, the social benefits of unions stretch across generations. American children of fathers without a college education earn 28% more if their dad was in a labor union, compared to those whose fathers were non-union. In other words, the demise of American unions — only about 7% of private sector workers currently belong to one — has been a key factor in the rising wealth gap, but also in the sort of horrific, Hobbesian presidential politics we’ve seen over the past year. (Many economists see the wealth gap as a big reason why we aren’t enjoying a more sustainable recovery.)

The big challenge to revitalizing unions is moving beyond today’s system of labor law, which hasn’t been updated since 1935. Unions get a bad rap in the U.S. in part because most collective bargaining can be done only at a firm-by-firm level. That creates a race to the bottom away from higher-wage unionized firms. Yet there is a wealth of research that shows that when bargaining can be done at an industry level — the way it is in most other countries, including Germany, Sweden, Australia, and Canada, among others — you get higher national wages without sacrificing economic competitiveness. That’s because factors like labor representation on corporate boards and the ability to bargain collectively is associated with greater productivity levels, as management and labor are better able to work together to solve problems. (See here for an example of how this helped German companies gain market share against U.S. firms in the wake of the financial crisis.)

Such a drastic change won’t be easy. Reforming the National Labor Relations Board will require policy action. “Legal changes [to collective bargaining structures] have to come first – unions simply aren’t powerful enough right now to drive this change on their own,” says Madland. Yet there are already examples at the state and local level that show the potential of a new kind of labor movement. Think about the Fight for $15 movement in various cities, which has helped bolster low-end service pay across industries. It’s something that Hillary (fingers crossed) should make a top priority if she’s elected. It would help stabilize our economy — and our democracy, too. 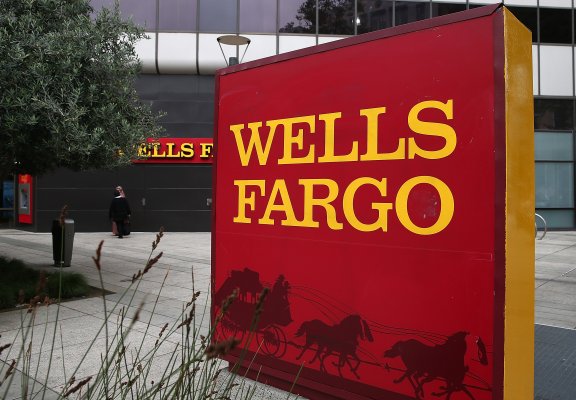 Wells Fargo’s Scandal Is a Harbinger of Doom
Next Up: Editor's Pick