The Surprising Story of the Woman Who Helped Shape FDR's Presidency

If Hillary Clinton becomes America’s first woman president, it’s likely she will bring with her to the White House her primary gatekeeper. Clinton has likened Huma Abedin, her 41-year-old campaign vice chair, to a second daughter. In her autobiography Hard Choices, Clinton describes Abedin as “savvy, indefatigable and gracious.” A multi-talented multi-tasker, she has been called Clinton’s political Swiss Army knife.

The same words have been used to describe another woman who, more than 80 years ago, served another Democratic presidential candidate, Franklin Delano Roosevelt. Her name was Marguerite Alice LeHand, but everyone knew her as Missy. She came to work for FDR as his private secretary at age 23 and stayed for more than 20 years. She was his gatekeeper, confidante, companion, advisor and friend, and sometimes addressed him as “Father.” But usually she called him “F.D.”

No one had used the term “glass ceiling” in LeHand’s day, but she broke some crucial ones in the Roosevelt White House. She was the first woman to serve as a presidential secretary—and this was at a time when “secretary” was the ultimate job title in the West Wing—and in the mid-1930s she began to function as what we think of as chief of staff today. The title, which came into use under President Eisenhower, has never been held by a woman before or since—except in fiction. (The character Linda Vasquez on the Netflix series House of Cards was chief of staff for two seasons, but became one of Frank Underwood’s political victims.)

LeHand had the only office adjoining the Oval Office and also lived in the White House, giving her 24/7 access to the president. She handled his mail, got the West Wing working with the precision of a Swiss watch, and made his outside calls for him to set up appointments and arrange visitors for business and pleasure. In addition, she spent many evenings in his private study, where her level-headed advice and shrewd judgement helped mold policy and select crucial appointees. She suggested his first attorney general and advised him on Supreme Court nominations.

Her power was so great that the president could not be woken after he went to bed without her permission—even when the call came in on Sept. 1, 1939 announcing that Hitler had invaded Poland.

It took many years for a woman to reach similar stature within the White House. Other women got cabinet appointments, following in the footsteps of FDR’s labor secretary, Frances Perkins, but the top jobs on the White House staff were resolutely male for decades. We start seeing large cracks in the glass ceiling again in the administration of George W. Bush, with Karen Hughes as his communications director and senior advisor, and Condoleezza Rice as his national security advisor and, later, secretary of state.

In his new biography Bush, Jean Edward Smith describes Hughes as the closest advisor to the president, his “confidante and alter ego.” Bush himself wrote of Hughes, “Karen has good instincts. She can spot a phony a mile away. Her voice is one of reason and honesty.” The same things were said about LeHand.

But Hughes burned out after just 18 months in the White House and took a long hiatus back in her home state of Texas, and Condoleezza Rice’s star began to rise. “Rice’s relationship with Bush was unique,” Smith writes. “She worked out with him in the White House gym almost daily, often had dinner with the president and Laura in the White House family quarters, and was a regular at Camp David and at the ranch in Crawford…. They were so close that at a Washington dinner party, she once spoke of the president as ‘my husb—‘ before catching herself.” He adds, “There was nothing improper in their relationship.”

Likewise, LeHand swam with FDR in the White House pool, his only form of exercise due to his below-the-waist paralysis, and was a regular at the dinner table and on weekend getaways. Indeed, she often presided as hostess, because of Eleanor Roosevelt’s frequent absences due to her own busy schedule. However, there was significant speculation about the nature of their relationship, so much so that a newspaper columnist, Edith Johnson, addressed it head-on. In “What Do Women Think of ‘Missy’?” Johnson declared: “In all Washington, the most gossipy city in the country, she is above suspicion. Superficially, the most modern of women, she actually is like the old-fashioned wife and mother, sacrificing herself on the altar of duty and service. For her work has taken the place of husband and children and her office is her home.”

While there is no reason to suppose the Roosevelt-LeHand relationship was a romantic or sexual one, speculation about its nature continues to this day, often diverting historians from focusing on her importance as an advisor. In the early 1970s, one Roosevelt son, Elliott, proclaimed in a memoir that they were lovers. The other four children disavowed his book, and eldest son James vehemently denied a sexual relationship in a memoir he wrote in response. However, there is no denying that LeHand’s residence in the White House was a convenience to both FDR and Eleanor, and similar proximity has benefited other presidents as well as their gatekeepers.

Like LeHand, Rice was single and available to Bush around the clock. The same is true of the current “Missy” in the White House, senior advisor Valerie Jarrett. In a 60 Minutes interview with Norah O’Donnell in May, it was stated that she is the president’s “first friend” and considers the Obamas to be “the siblings she never had.”

O’Donnell said, “She’s the only White House advisor who at the end of the day regularly joins the president in his residence,” and repeated the unflattering nickname “the Night Stalker” because of what some staffers suggested is her out-size influence on Obama’s thinking. Shrugged Jarrett, “I’m single. My daughter is grown. I live a mile away. I’m able to give this my job 24/7 in a way many people aren’t. “

Jarrett told O’Donnell that in the White House pressure cooker, “it’s reasonable to say that people would burn out.” This was the fate that met LeHand, who experienced a true crash and burn. At a White House dinner party in 1941, she fainted, setting off a chain of medical catastrophes that concluded with a major stroke. Partly paralyzed and with limited speech, she was forced to retire and died three years later at age 47.

After she left the White House, FDR called and wrote, but he never saw her again. However, he paid all her medical bills and provided for her in his estate, stipulating that half the annual income of the estate would go to his wife, the other to “my friend, Marguerite A. LeHand … for medical attention, care and treatment during her lifetime.” His words, “She was utterly selfless in her devotion to duty” are inscribed on her gravestone, and to this day the Roosevelt family pays for the maintenance of the LeHand plot at Mount Auburn Cemetery in Cambridge, Mass.

Kathryn Smith is the author of the The Gatekeeper: Missy LeHand, FDR, and the Untold Story of the Partnership That Defined a Presidency (Touchstone, Sept. 6, 2016). 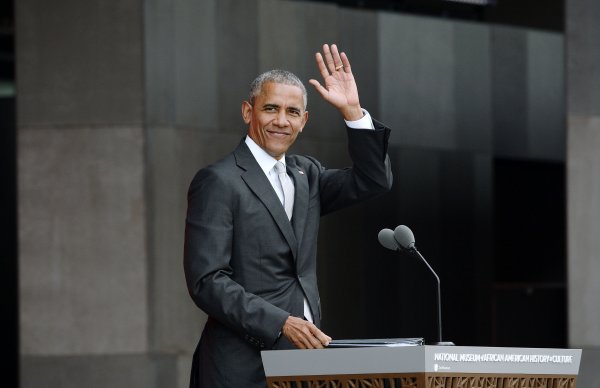 Obama's Approval Ratings Highest in Years
Next Up: Editor's Pick