Members of Groupo Tlaloc and Groupo Xochitl dance on West Colfax Ave in Denver, Colorado during the Four Directions All Nations March and Rally on Oct. 08, 2016.
Andy Cross—Denver Post/Getty Images
By Tara John

Vermont, along with the cities of Phoenix and Denver, are celebrating Indigenous Peoples Day instead of Columbus Day on Monday, joining at least 26 other American cities that have chosen to focus on Native Americans instead of Christopher Columbus’s arrival to the Americas in 1492.

Historians largely agree that Columbus did not discover the Americas, as people were already living there. The Italian explorer’s arrival led to the enslavement of the people in modern-day Haiti, the arrival of diseases that decimated local populations and the opening of the Americas to a painful history of colonialism, land grabs and enslavement.

“One of the biggest misconceptions about Columbus is that he was righteous. The truth is that he was wicked and responsible for the rape and murder of innocent indigenous people,” Leo Killsback, a Northern Cheyenne Nation citizen and assistant professor of American Indian Studies at Arizona State University, told CNN. “We should question why we as Americans continue to celebrate him without knowing the true history of his legacy, and why a holiday was created in the first place. He never landed in the [U.S.].” 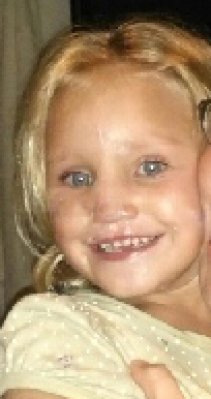 Abducted 4-Year-Old Girl Found Safe After Family Begs for Her Return: 'Let Her Come Home'
Next Up: Editor's Pick