“I think it’s clear to anyone that heard it that it represents exactly who he is,” Clinton said. “We have seen him insult women. We’ve seen him rate women on their appearance, ranking them 1 to 10 … So yes, this is who Donald Trump is.”

Clinton was responding to the news of the moment, leaked footage from 2005 of Trump making lewd comments about women. She said that this shouldn’t come as a shock to voters and that she had been preaching for months against the dangers of voting Republican this election.

“I said starting back in June that he was not fit to be Commander in Chief,” Clinton said. 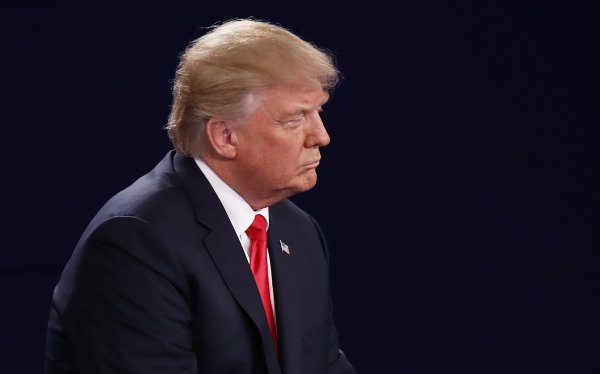 Watch Trump Explain the Lewd Video at the Second Debate
Next Up: Editor's Pick