Arianne Zucker, the actress featured in the leaked video of Donald Trump making lewd comments about women, has responded to the firestorm around the Republican presidential candidate’s remarks this weekend.

“Unfortunately, there are too many people in power who abuse their position and disregard these simple principles and are rewarded for it,” the statement continued. “In understanding the magnitude of this situation, I choose to stand tall with self respect and use my voice to enrich, inspire and elevate the best of who we are as people”.

In the video, Trump talks with Billy Bush, then-host of Access Hollywood, as the two arrived on the set of Days of Our Lives to tape a segment that included Trump’s cameo. When Trump and Bush discuss Zucker, an actress on the soap opera, Trump says he needs a Tic Tac, “just in case I start kissing her.” He says he can touch and kiss women because he’s “a star.”

Trump has received blowback from politicians and on both sides of the aisle, with many Republicans saying they can no longer support him. The candidate initially called the comments “locker-room banter” and then did make a rare apology for his comments on Saturday, but called the situation “nothing more than a distraction from the important issues we’re facing today.” 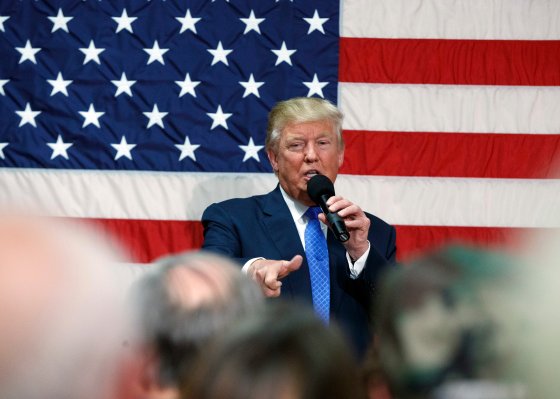 Trump Fires Back at Republican Critics
Next Up: Editor's Pick