U.S. Ambassador to India Nancy Powell announced on March 31 she was stepping down from her post, causing speculation in India whether Washington pulled her back after a heated dispute between the two nations over the arrest of an Indian diplomat in New York in December.

A March 31 statement released by the Embassy said Powell “has submitted her resignation to President Obama and, as planned for some time, will retire to her home in Delaware before the end of May.” She is retiring after 37 years, having previously served as U.S. Ambassador to Pakistan, Nepal, Uganda and Ghana and in other overseas posts.

In a State Department briefing the same day, deputy spokesperson Marie Harf flatly denied there was any connection to Powell’s decision and the riff over the December 2013 arrest of Devyani Khobragade on charges of related to alleged visa fraud and wages paid to her staff. India has claimed she had diplomatic immunity at the time of the arrest and that the wage dispute was a matter to be settled in Indian courts.

“It is in no way related to any tension, any recent situations,” Harf said. “There’s no big behind-the-scenes story here… All the rumors and speculation are, quite frankly, totally false.”

But for a career diplomat to announce retirement in a nation that is about to go to the polls in a matter of days naturally raises some questions. “US ambassador Nancy Powell’s resignation is the first real indication that Washington has woken up and is starting to smell the chai,” Seema Sirohi writes in Firstpost.com.

US ambassador Nancy Powell’s resignation is the first real indication that Washington has woken up and is starting to smell the “chai.”Read more at: http://www.firstpost.com/blogs/why-nancy-powells-exit-can-help-india-us-rebuild-relations-1460889.html?utm_source=ref_article

If a new government does come to power in New Delhi — as it well might — the administration of President Barack Obama may have wanted to start afresh. In February, Powell met Narendra Modi, the opposition’s prime ministerial candidate widely seen as being in the lead. A Modi aide told Reuters that the meeting had been delayed because of the Khobragade incident. Before the meeting, U.S. officials had not interacted with Modi in any official capacity for years. In 2005, he was denied a visa to the U.S. over his alleged role in 2002 communal riots that erupted in the state of Gujarat where he is chief minister. Modi has always denied any wrongdoing.

In Monday’s briefing, Harf sought to reaffirm the U.S.-India relationship was on track: “We have a very close – very, very close – relationship with India on a whole host of issues,” she told reporters. “That has not changed… We will work with whoever the people of India decide should lead their country.” 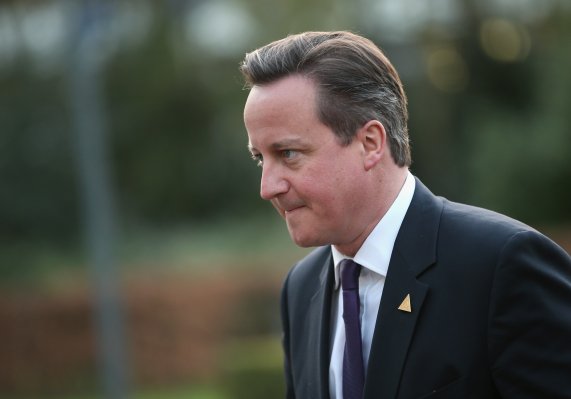 U.K. to Probe Muslim Brotherhood for Terror Links
Next Up: Editor's Pick