Burke Ramsey, the brother of slain child beauty queen JonBenet Ramsey, is suing a famed forensic pathologist for $150 million after the expert “falsely stated the Burke Ramsey killed his sister,” according to a court filing.

Burke Ramsey, 29, claims Dr. Werner Spitz “attacked and permanently harmed” his reputation when he accused Burke of killing JonBenet during a September interview with CBS Detroit, according to a defamation lawsuit filed Thursday in Michigan.

“Spitz made this accusation without ever examining JonBenet’s body, without viewing the crime scene, and without consulting with the pathologist who performed the autopsy on JonBenet,” the complaint said. “Burke Ramsey has suffered, is suffering, and will continue to suffer harm.”

Spitz, whose office declined to comment on Friday, appeared on CBS’s docuseries The Case of: JonBenet Ramsey in September. The nearly 20-year-old cold case drew new interest this fall thanks to a handful of documentaries and Burke’s first media interview since his sister’s grisly murder.

Spitz gave a separate interview to CBS Detroit on Sept. 19 in which he blamed the boy for the murder. The story appears to have been taken down from the website.

“If you really, really use your free time to think about this case, you cannot come to a different conclusion,” Spitz said at the time, according to the complaint. “It’s the boy who did it, whether he was jealous or mentally unfit or something. I don’t know the why, I’m not a psychiatrist, but what I am sure about is what I know about him. That is what happened here.”

The lawsuit accuses Spitz of being a “publicity seeker” who caused “mental anguish” over his “vicious, unsupported attacks.”

JonBenet was 6 when she was found beaten and strangled in the basement of her family’s Colorado home in 1996. Authorities still do not know who killed the girl, but prosecutors had cleared her parents and brother in 2008 after DNA tests concluded that an outsider committed the crime. 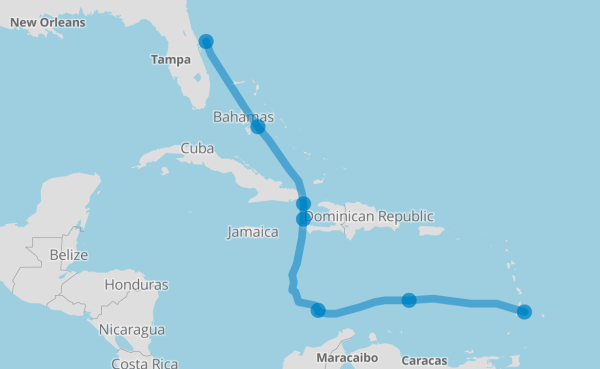 See the Path of Hurricane Matthew
Next Up: Editor's Pick