Ben Affleck’s upcoming film The Accountant is a high-stakes thriller about a criminal math savant, but if it had been left up to elementary schoolers, the movie would have a different tone.

During his Thursday night appearance on The Tonight Show, Affleck was tasked with doing a live reading of Accountant-inspired plays written by children, resulting in a hilarious round of Kid Theater. With host Jimmy Fallon as his co-star, the 44-year-old actor performed two different scenes — one in which the pair played star-crossed astronaut accountants and the other in which they took on the role of father and son. 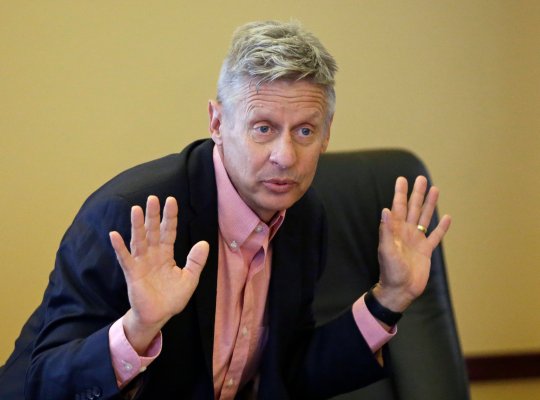 Jimmy Kimmel Asks 'Are You Smarter Than Gary Johnson?'
Next Up: Editor's Pick