Clowns are scaring some Americans right now, but on The Late Late Show on Thursday night James Corden joked that they found the culprit with the help of detective than Fleetwood Mac’s Stevie Nicks. Corden and Nicks followed the clues and realized that either Taylor Lautner or Zach Galifianakis were behind the frightening wave of creepy clowns.

Lautner claims he has had a fear of clowns since childhood, but Galifianakis has actually played a clown on his FX television show Baskets. To make their case, Nicks and Corden laid out the evidence in their preferred medium—song. House musician Reggie Watts laid down a beat as they sang to show that they were “down with the clown.” 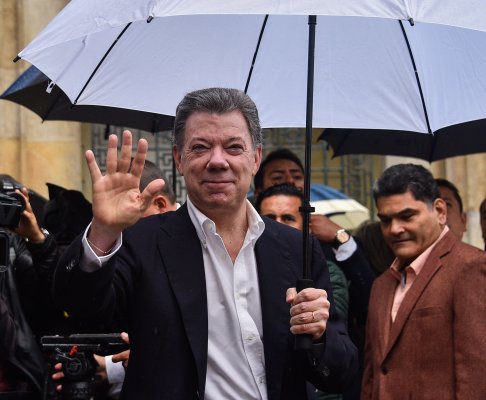 The World Reacts to Juan Manuel Santos Winning the Nobel Peace Prize
Next Up: Editor's Pick