Jimmy Kimmel Asks 'Are You Smarter Than Gary Johnson?'

From asking “what is Aleppo?” to failing to name a single foreign leader he admires, it’s no wonder that the Libertarian presidential candidate Gary Johnson has become the target of a brutal Jimmy Kimmel sketch.

“I do want to defend Gary Johnson for a second,” Kimmel jokingly told his live studio audience Thursday. “I don’t know about you, but I’m tired of the lamestream media asking these ‘gotcha’ questions.

Kimmel then introduced a trailer for what he described as his ‘new game show’ called Are You Smarter Than Gary Johnson?, packed with clips of Johnson’s most humiliating moments. Watch it here: 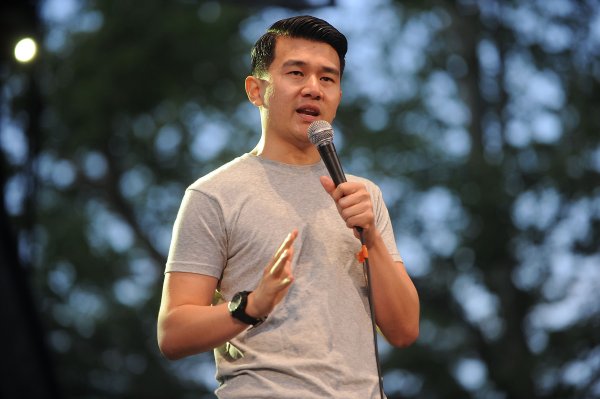 The Daily Show Goes to Chinatown to Talk Politics for Real
Next Up: Editor's Pick