Ashton Kutcher is preparing for the arrival of his second child with wife Mila Kunis, but he isn’t nearly as nervous as the first time around. The 38-year-old actor appeared on The Tonight Show Starring Jimmy Fallon to promote his Netflix comedy The Ranch Wednesday night, but ended up chatting about the woes of parenting with the host.

After describing the extreme preparation he put himself through for the birth of his now 2-year-old daughter Wyatt, Kutcher went on talk about how times have changed for kids since he was young, noting the increased emphasis on safety. “When I was a kid, we were riding in the back of a pickup truck on the wheel well just trying not to fall out,” he said. “Now, it’s like you’ve got the kids backwards, reverse hold on the choke, and they’re in the car seat like…sucking on their knee…’Is she alive!?’ You can’t see. It’s gymnastics having children.”

He then proceeded to rip his pants while miming the motion. 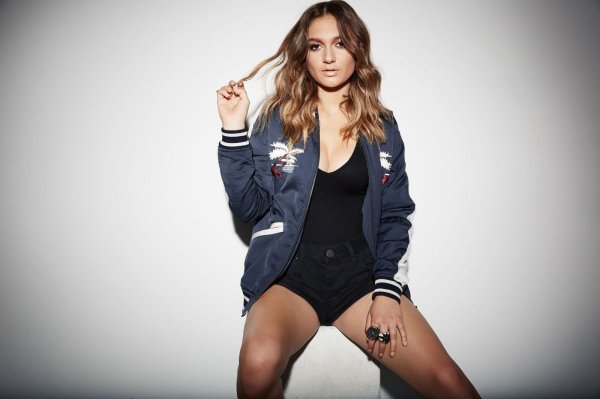 Meet Daya, the Teen Popstar Who Will Not Just "Look Pretty"
Next Up: Editor's Pick