In the latest creepy clown sighting, subway riders in New York City got a scare Wednesday when a person dressed as a clown tried to prevent them from exiting a train car and then chased a teenager out of the station with a knife, police said.

The 16-year-old boy was trying to get off a subway train at the 96th Street station on Lexington Avenue around 4 p.m., New York police said, when he encountered a man wearing clown makeup, multicolored clothing and oversized shoes.

The clown stood in the doorway, preventing passengers from getting off the train, according to police. The teenager pushed past the clown, but then the clown chased him as he ran through the turnstile and up the stairs of the subway station, police said.

When the teenager looked back, he saw the clown had a kitchen knife. The boy continued out to the street and was not injured. Police said Thursday that their investigation is ongoing.

The Manhattan clown incident comes as an epidemic of creepy clown sightings has been causing frenzy in recent weeks and has led to more than a dozen arrests around the country. The White House weighed in this week, with White House Press Secretary Josh Earnest saying on Tuesday it’s “a situation that local law enforcement authorities take quite seriously.” 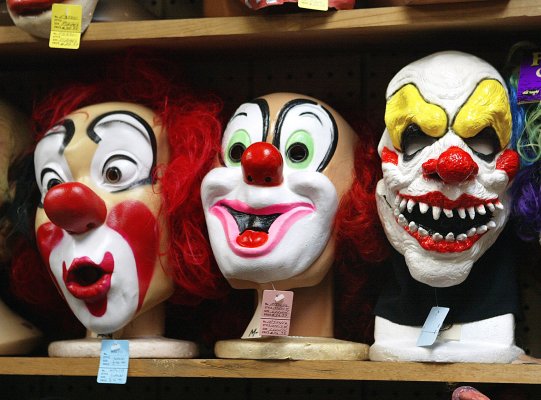