Syrian civil defence volunteers, known as the White Helmets, search for victims amid the rubble of destroyed buildings following a government forces air strike on the rebel-held neighborhood of Bustan al-Basha in Aleppo, on Oct. 4, 2016.
Thaer Mohammed—AFP/Getty Images
By Julia Zorthian

The United Nations envoy to Syria warned Thursday that rebel-held eastern Aleppo could undergo “total” destruction by the end of the year.

Staffan de Mistura, UN special envoy for Syria, told reporters that thousands of lives could be lost, and he urged Syria and Russia to not destroy the eastern part of the city in their forceful offensive against opposition fighters. The UN estimates that 275,000 civilians are trapped in eastern Aleppo, the BBC reports.

“The bottom line is, in a maximum of two months… the city of eastern Aleppo at this rate may be totally destroyed,” de Mistura said in Geneva. He said he was willing to escort the roughly 900 remaining Jabhat Fateh al-Sham (formerly al-Nusra front) fighters from the city himself if they decide to leave.

“Thousands of Syrian civilians, not terrorists, will be killed and many of them wounded,” de Mistura said. “This is what you, we, the world will be seeing when we will be trying to celebrate Christmas, or the end of the year, if this continues at this rate, unimpeded.” 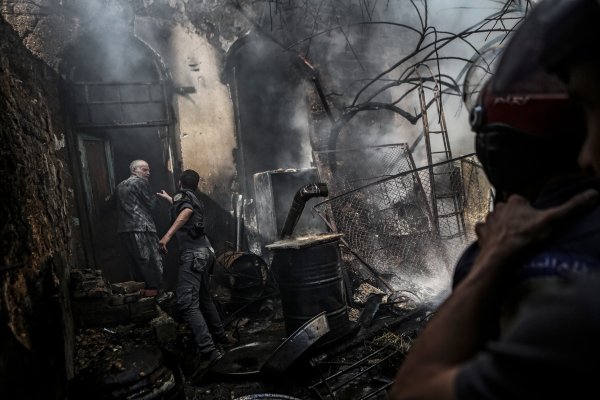 The White Helmets of Syria
Next Up: Editor's Pick