“Whoever saves one life, saves all of humanity,” reads the verse from the Quran that serves as the fuel for an impossible mission. The White Helmets of Syria–teachers, tailors, builders, doctors–didn’t flee the country, didn’t take up arms; instead they return day after day to the scene of some of the worst carnage anywhere on the planet, where civilians are not collateral damage: they are prime targets. With the collapse of a fragile cease-fire, the violence is now as bad as at any time during the civil war that has killed at least 400,000 people and driven 11 million more from their homes.

But that number would be even higher were it not for the work of the volunteer White Helmets. A war defined by impossible choices and implacable hatreds has also produced a model of heroism that reflects the best of humanity. Of the White Helmets he interviewed for this week’s story, Middle East bureau chief Jared Malsin says, “These are ordinary people whose work takes them to the extremes of human experience. Each day brings them new traumas, and still they rush in to help after every attack.”

Our issue this week also features our latest class of Next Generation Leaders, a project we have undertaken in partnership with Rolex. TIME identified 10 rising stars in fields ranging from medicine to music who we profile in this issue and in stories and videos on TIME.com. Their influence is felt in the movements they lead, the examples they set, the barriers they break. Some alchemy of time, technology and opportunity seems to allow ever younger people to have ever greater impact in their chosen fields; three of the 10 are still in their teens. Accomplished as they already are, it will be fascinating to see the trails these pioneers blaze in the years ahead.

“I think jazz is for all ages,” says 13-year-old Joey Alexander, a Grammy-nominated pianist featured as one of TIME’s Next Generation Leaders (page 41). Watch Alexander perform and talk about music in a video at time.com/nextgenleaders

Fifty years after the birth of the Black Panthers, TIME spoke with party co-founder Bobby Seale (page 64) about his new book with photographer Stephen Shames, who captured the party’s genesis (as seen in this image of Seale in 1967). See more at time.com/panther-photos 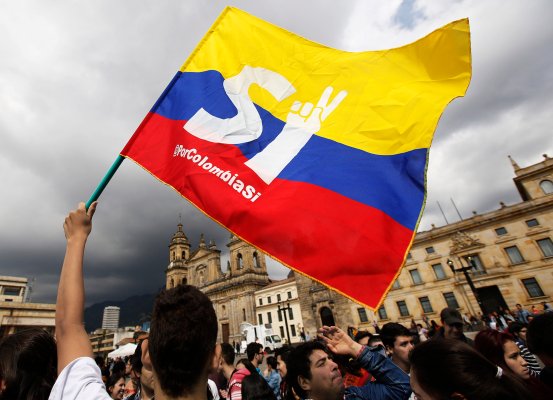 Why Referendums Have Been Backfiring
Next Up: Editor's Pick