Bold and Fraught, The Birth of a Nation Merits Your Attention

(From L-R:) Colman Domingo as “Hark,” Nate Parker as “Nat Turner,” and Chike Okonkwo as “Will” in THE BIRTH OF A NATION.
FOX Searchlight
By Stephanie Zacharek

Movies, and sometimes the people who make them, work on us at strange, subterranean levels we can’t always comprehend. That’s why few people know quite how to feel about the debut film by Nate Parker, The Birth of a Nation, only just now reaching theaters but already blighted by controversy. The movie–which tells the story of Nat Turner, the enslaved African American who led a violent revolt against slave owners in 1831–is distinctive for one notable reason: movies about the history of blacks in this country are rarely made, and if you rule out the usual suspects like Spike Lee and Lee Daniels–and count back to the days before 12 Years a Slave and Selma, recent history in movie terms–they have rarely been made by people of color.

But anyone who might normally laud Parker as a filmmaking hero has reason to think twice: in 1999, while they were students at Penn State University, Parker and his roommate and wrestling teammate Jean McGianni Celestin–co-writer of The Birth of a Nation–were accused of raping a fellow student. Parker was acquitted. Celestin was found guilty, though the verdict was overturned. By seeing the film, are people showing tacit support of Parker and his alleged actions? Is his work, or his view on anything, in any way trustworthy?

Anyone who believes he or she will find true gratification in refusing to buy a ticket to The Birth of a Nation should probably stay away. But punishment by refusal can’t rewrite the past, and it suggests that closing ourselves off from a movie is a bold way to engage with the world when, in fact, it’s the opposite. The Birth of a Nation isn’t a great movie–it’s hardly even a good one. But it’s bluntly effective, less a monumental piece of filmmaking than an open door. Parker stars as Turner, and his performance is grounded and thoughtful–he may be a better actor than he is a director. The Birth of a Nation works best when its story is told most simply, without too many strained poetic images. At one point, after a devastating event, Parker’s camera closes in on an ear of corn that begins seeping blood, an unnecessary blast of symbolism that tells us nothing, other than that a beginning filmmaker is being a show-off.

There are discrete moments in The Birth of a Nation that speak to all sorts of things we “know” as Americans, but in an elemental way that makes us see them anew. We watch a group of well-wishers surround bride and groom Hark and Esther (Colman Domingo and Gabrielle Union), their overwhelming warmth the essence of community. Later, Esther will be dragged away to provide a night’s entertainment for a white man–though for us, as viewers, the real horror is the aftermath, when she emerges from the plantation house in her nightgown, her face showing an inability to process the horror of what she’s just experienced, as her husband opens his arms to her. The tenderness between them is a bulwark against the brutality of their world, but there’s only so much they can do to allay its heartlessness.

The Birth of a Nation is also unafraid to touch on the complexities of the slave-owner relationship: Nat Turner’s owners, Samuel and his mother Elizabeth Turner (Armie Hammer and Penelope Ann Miller), are benevolent, to a point. It’s Elizabeth who helps Nat, as a child, develop his reading skills, though her kindness comes wrapped in condescension and proprietary rights. When young Nat approaches a towering shelf in her library, she swiftly leads him away from it, telling him they’re books for white folks, containing things he can’t possibly understand.

But she does give him a Bible, and that’s no small gift: Nat will become a wise and persuasive preacher, respected in his community of fellow slaves. Samuel, too, generally treats him well, for a time, at least: the two men grew up together, and when other white people aren’t looking, there’s a warm, friendly ease between them. But Samuel will always be a white man in a position of power, and–hoping to restore his somewhat shabby plantation and family name to their former glory–he has no compunction about pimping out Turner’s ace preaching skills to neighboring property owners who want to keep their slaves in line. The owners assume that hearing the word of God will make their slaves more compliant. What really happens is that when Nat sees how badly other men’s slaves are treated–the horrors mount incrementally but forcefully–he’s moved to take violent action.

Parker’s direction lacks grace, but he knows what emotional notes to hit for maximum effect. (In that respect, he’s not so different from the man who made that other Birth of a Nation in 1915, D.W. Griffith.) It’s hard for anyone to get a decently funded movie made these days, and yet somehow in any given year there’s never any shortage of movies made by and/or about straight white dudes anguished over their backgrounds or their insecurities. A few of those stories per year are fine. But why not tell some new ones for a change? Stories about the African-American experience–stories whose casting would presumably expand the options for actors of color–are as good a place as any to start.

Should this Birth of a Nation exist? Should people see it? Is it O.K. if people respond to it? If we care at all about who, beyond white guys, ought to be making movies in America, the answer to all is yes. It’s the difference between stepping through an open door or standing off bullishly to the side, wishing someone else had opened it. 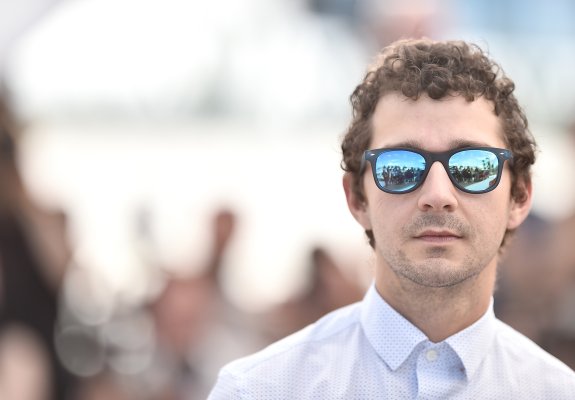 Here's Your First Look at Shia LaBeouf as John McEnroe
Next Up: Editor's Pick