Newtown : A Vivid Portrait of a Grieving Community

There are some things no parent should ever have to say. In Kim A. Snyder’s modest but devastating documentary Newtown, the father of Daniel Barden, one of the 20 children killed at Sandy Hook Elementary School in 2012, says that memories of his 7-year-old son’s funeral are hazy. He adds, “We did manage to attend quite a few of the other children’s funerals.”

Newtown is an intimate snapshot of what it means for a small community to face the funerals of 20 children and six adults–deaths that, the film posits, probably wouldn’t have happened if not for the easy availability of assault weapons. The picture is quietly yet intrepidly political: it includes footage from a 2013 Senate Judiciary Committee hearing in which emergency-room doctor William Begg explains bluntly, but with barely suppressed anguish, why there were so few lives he and his staff could even try to save that day.

Snyder’s camera captures the complex contours of sorrow, which also include elements of joy: parents’ faces brighten as they describe what their children were like when they were alive, though it’s clear they can’t fend off pure grief for long. It’s been said that if the U.S. couldn’t tighten its gun-control laws after Sandy Hook, it never will. But Newtown refutes hopelessness, making its case less with words than with faces it’s impossible to forget. 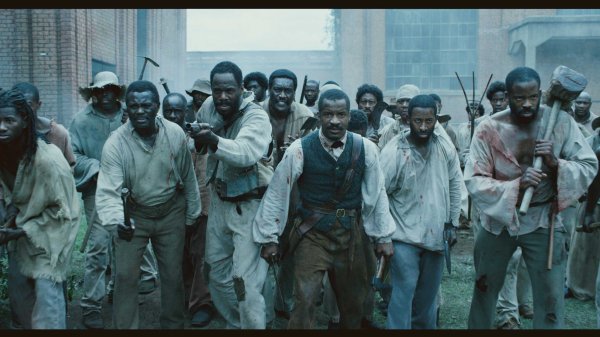 Bold and Fraught, The Birth of a Nation Merits Your Attention
Next Up: Editor's Pick