Why Referendums Have Been Backfiring

Colombian voters shocked outsiders on Oct. 2 by voting down a measure, backed by their President, that would have formally ended the government’s half-century war with FARC rebels. Given similarly surprising referendum results elsewhere, it’s natural to wonder why voters are increasingly choosing no when political leaders are asking for yes.

Case in point: Former Prime Minister David Cameron asked Britons to vote yes to continue membership in the E.U. Instead, a majority voted no. The clearest lesson from that experience for leaders hoping to win a referendum is to avoid personalizing the vote. By putting so much of his personal credibility on the line, Cameron gave political opportunists, like fellow Conservative Boris Johnson, a chance to use the vote to push him aside and provided former U.K. Independence Party leader Nigel Farage a chance to reframe the debate. The Brexit vote demonstrated that when a leader makes a referendum about himself, he draws in rivals who might otherwise stay out, which increases the odds that the vote will fail. The U.K. is now preparing to exit the E.U., and Cameron has retired from politics.

In Colombia, voters gave President Juan Manuel Santos a humiliating surprise. He didn’t promise to resign if voters chose no, but he put enough personal credibility on the line during years of negotiations to present his rival, former President Alvaro Uribe, with a fat political target. Voter turnout was low, and the margin was exceptionally narrow. Unlike Cameron, Santos will live to fight another day. But negotiating new terms with FARC will take time, while a weakened Santos will struggle to achieve other goals.

On Dec. 4, Italians will vote on Prime Minister Matteo Renzi’s plan for constitutional changes that would strengthen his ability to bring about much needed political and economic reforms. Renzi began his campaign by pledging to resign if voters rejected the measure, though he has since gone quiet on that matter. He can’t entirely avoid the risk that Italians will see the vote as a referendum on himself and his enthusiasm for the increasingly unpopular E.U. But by retreating from a pledge that might have brought rivals into the field against a complicated referendum that few understand, he has increased the odds that he will get the changes and the mandate he’s after.

Even when voters back a government’s position in a referendum, things can go pear-shaped–as happened in Hungary, where voters supported a move to reject E.U. migrant quotas but didn’t turn out in big enough numbers to make the vote official. It should be clear to leaders by now: governing at the ballot box is a gamble. 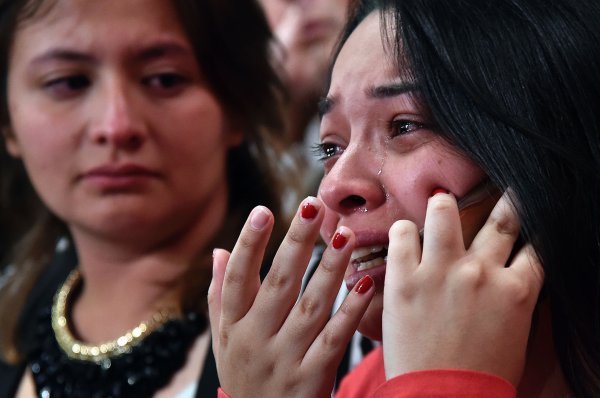