An atom bomb being exploded under water at Bikini Atoll in the Pacific Ocean.
Keystone—Getty Images
By Kevin Lui

The Marshall Islands — home to Bikini Atoll, where the first postwar U.S. nuclear test was conducted in 1946 —has been told by a top international court that its lawsuit against three nuclear powers over their alleged failure to stop nuclear proliferation cannot proceed.

Agence France-Presse reports that the International Court of Justice (ICJ) “upholds the objection to jurisdiction” by the U.K., India and Pakistan, ruling that it “cannot proceed to the merits of the case” as there was no evidence the Pacific island nation ever had disputes or sought to negotiate with any of these countries over the nuclear issue.

The Marshall Islands alleged that these countries had violated the Nuclear Non-Proliferation Treaty, ratified in 1968. AFP reports that, in a March hearing, the court heard how “several islands…were vaporized” and many others rendered uninhabitable for centuries by the 67 U.S. nuclear tests conducted between 1946 and 1958.

It also attempted to sue all other known nuclear powers and Israel, which has never confirmed or denied having these weapons, on the same grounds. However, the ICJ did not hear those cases as those countries do not recognize the authority of the court.

Nevertheless, one judge noted that the Marshall Islands, “by virtue of the suffering which its people endured” from nuclear testing, had reasons to be particularly concerned by this issue.

A lawyer representing the island nation called the result “very disappointing,” according to AFP, and said that the dispute “is clear to all of the world except for the judges here.” 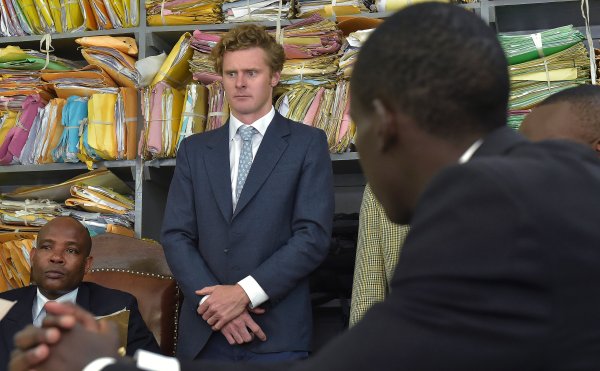 Kenya: Trial of British Artistocrat on Drug Charges Delayed
Next Up: Editor's Pick