How Alexander Hamilton Can Help You Get Promoted

Why is 2016 the Year of Hamilton? Credit the brilliance of Lin-Manuel Miranda, credit the soundtrack and credit the electric cast. But there’s one more reason for the resurgence of Hamilton—and that’s the man himself. His life is inspiring. Orphaned as a child, he came to America with nothing but a code of honor and a hunger to work. He went on to help win the Revolutionary War and ratify the Constitution, create the country’s financial system, charm New York’s most eligible ladies and land his face on our $10 bill.

Sadly, he died in a duel long before celebrities wrote self-help books, but if we could sit down with him one-on-one, these are the timeless lessons he would have shared.

1. Steal new skills from every job.

Think back to your first job. Maybe it was delivering pizzas, waiting tables or sacking groceries. Hamilton had a job like that. When he was still a kid, he worked at a trading shop called Beekman and Cruger. It’s the kind of job that most kids hate. He must have swept the floors, wiped the counters and spent hours tediously double-checking the inventory. Yet since the shop traded with all parts of the globe, it forced Hamilton to learn about things like foreign exchange rates and currency fluctuations—French livres, German marks, Danish kroner. He learned bookkeeping. Inventory control. It gave him a nose for global commerce, and he later referred to this gig as “the most useful part of [my] education.”

2. Speak with authority—even if you have none.

At the trading shop, when Hamilton’s boss had to go away on travels, he temporarily put Hamilton in charge. The kid immediately acted like he owned the place. He instructed one captain to “remember you are to make three trips this season and unless you are very diligent, you will be too late as our crops will be early.” He fired the shop’s lawyer. He wrote like a seasoned Wall Street trader: “I sold all your lumber off immediately at 16 pounds. Luckily enough, the price of that article being now reduced to 12 pounds . . . Your mahogany is of the very worst kind.” No timidity, no indecisiveness, no signs of backing down. When a man’s mahogany isn’t up to snuff, you call him on it.

It’s human nature. When people speak as if they have power, we assume that they actually do. Whether you’re in corporate America, teaching a class of high school students, or disciplining your kids, if you talk like the boss, you will soon be the boss.

3. Read when others play.

As a young officer in Washington’s army, while fighting the British, Hamilton somehow found the energy to crack open books and improve himself. Who else would spend his downtime reading Malachy Postlethwayt’s Universal Dictionary of Trade and Commerce? Instead of playing cards with the other officers, Hamilton would cozy up with this almanac and think about its content, scribbling notes in his journal like, “When you can get more of foreign coin, [the] coin of your native exchange is said to be high and the reverse low.” The reading paid off, as it later fueled his grand plans as Treasury Secretary. (Or to paraphrase a line from the musical, “Watch Less. Read More.”)

Hamilton soon became George Washington’s most trusted aide-de-camp. Learning from this mentor, Hamilton developed the skills, contacts and reputation that would propel him to future glory. He wrote letters to Congress, serving as a link between the civilian government and the commander in chief. Hamilton and Washington huddled over maps together, talked strategy, and brainstormed how to beat the British. People learned his name. Mentorships are long-term investments. For Hamilton and Washington, the partnership lasted 22 years and helped forge the nation.

Attire can serve a purpose. Hamilton knew, for example, that “a smart dress is essential” for boosting morale in the military because if, God forbid, a soldier lacked the right uniform, he would be “exposed to ridicule and humiliation.” Hamilton took this stuff seriously. When designing a uniform for General Washington, he outlined the exact specifications: “A blue coat without lapels, with lining collar and cuffs of buff, yellow buttons and gold epaulettes of double bullion tag with fringe, each having three stars. Collar cuffs and pocket flaps to have full embroidered edges.” Hamilton knew the value of perception—how you present yourself to the world will influence, however subtly, the way you are treated by the world. So present well.

While the other Founding Fathers viewed America as a land of goats and farming, Hamilton pushed for commerce, innovation and industrialization, as manufacturing jobs are “more constant, more uniform, and more ingenious” than the planting of corn. He was also a driving force behind the creation of the U.S. military. (In his spare time he founded the Coast Guard.) After the Revolutionary War, the army had been all but disbanded, reduced to a tiny force that could fit inside a single Kmart. Because he thought seven steps ahead, he planted the seeds for both the US economy and the U.S. military. The overall mindset is useful in any job, any industry, any phase in life. Let the chumps think about Tuesday: you think about next year, next decade, or in Hamilton’s case, the next 200 years. Hamilton viewed the world through a longer lens. This let him create modern America, and this lets us crack open our own untapped potential. 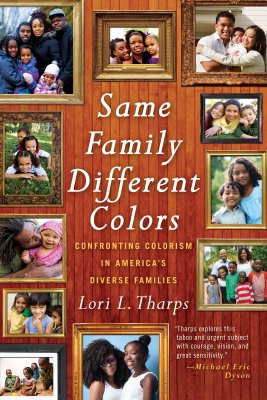 The Difference Between Racism and Colorism
Next Up: Editor's Pick