Why the Next President Must Invest in NASA

Rep. Donna Edwards on the House steps following a vote in the Capitol on Oct. 7, 2015.
Bill Clark—CQ-Roll Call,Inc.
Ideas
By Rep. Donna F. Edwards
Donna F. Edwards is a U.S. Representative for Maryland and the Ranking Member of the House Committee on Science, Space, and Technology’s Space Subcommittee

The course of history changed dramatically when the National Aeronautics and Space Administration (NASA) opened its doors on Oct. 1, 1958. In the early years, we faced the prospects of the Soviet Union—today it’s China and our own ambivalence holding us in place. In the years that followed the Apollo and early lunar missions, NASA has become one of the most well-known and admired agencies in America, and indeed, in the world. It is not surprising that over the years our children have aspired to walk on the Moon like astronaut Neil Armstrong, or follow in the footsteps of Scott Kelly, who recently returned to Earth after one year aboard the International Space Station, or Mae Jemison, the first African-American woman in space.

Some say that following the retirement of the Space Shuttle, NASA’s performance has lacked clear goals and is on the decline. I disagree strongly. As Ranking Member of the House subcommittee authorizing NASA activities, I see significant progress being made across the agency under the able leadership of Administrator Charles Bolden, also a former astronaut.

In human spaceflight, NASA is preparing to once again to send humans beyond the confines of low Earth orbit with the Space Launch System launcher and Orion spacecraft. Operations aboard the International Space Station (ISS) are testing the systems needed for extended space travel while doing cutting edge research. NASA’s science programs are furthering our knowledge of our home planet and opening new windows into our universe. The agency’s development of innovative technologies has improved the lives of people here on Earth in countless ways. Development and testing of advanced technologies important to maintaining our nation’s competitive edge in civil aviation is underway. NASA is achieving its goals in part by leveraging the innovative and agile capabilities of the commercial space industry that it has helped to nurture.

However, we can’t forget that space is hard, and achieving ambitious goals takes talent and money. Funding NASA and leveraging the resources of commercial interests and our international partners is an investment that has and will continue to generate long-lasting dividends.

Whether NASA will be able to continue doing great things will be the work that is needed on both ends of Pennsylvania Avenue from the White House to Congress, among Democrats and Republicans. What is clear is that the American people have a strong voice in ensuring that NASA can fulfill its promise by insisting that NASA does the following five things.

Maintain certainty, direction and a constancy of purpose: Successive Congresses have underlined the importance of NASA’s multi-mission role—a recognition that the agency’s human space exploration, science, aeronautics research, and technology development activities are all critical pursuits. We need the strong foundation of a challenging human space exploration goal worthy of this great country. I can think of no better foundational goal than a national commitment to landing humans on Mars and returning them safely to Earth.

Ensure stable funding: All too often, faced with congressional inaction, and executive ambivalence, NASA’s programs have had to cope with uncertainty and delays that are wasteful and counterproductive. NASA deserves a solid multiyear authorization and appropriation that matches the goal.

Continue academic research: Continue to partner with the nation’s network of university researchers and students. For example, California State University is working with NASA’s Jet Propulsion Laboratory in developing extreme low-temperature energy storage technology to spur innovation in small spacecraft; and the University of Colorado at Boulder’s Deployable Greenhouse for Food Production is demonstrating the feasibility of growing food on the surface of the Moon or Mars. As is the case with many of NASA’s technologies, the potential terrestrial applications of advances in energy storage and food production are clear.

Leverage international capabilities: The ISS proves on a daily basis that over 15 nations can work peacefully in space. In addition, NASA’s space science programs have benefitted greatly from international collaborations. These collaborations are essential to achieve the goal of going to Mars.

Promote STEM education: Foster, in cooperation with the aerospace industry, a diverse science, technology, engineering and mathematics (STEM) workforce. This means rethinking K-12, technical, and vocational training and producing more skilled and creative thinkers from our universities. The nation must have an aerospace workforce with the knowledge and skills capable of competing successfully on the world stage.

Most important, if NASA is to succeed in leading us as a spacefaring nation, Congress and the Administration must recognize that we are in this together. We need to rebuild the trust between Congress and the White House that propelled America to the Moon in the 1960s, trust that will take us beyond Earth’s orbit.

We owe our next generation a vibrant NASA working in partnership with industry, academia and international partners to continue the amazing record of achievement and to persevere in striving towards the ambitious and worthy goal of one day sending humans to the surface of Mars.

The choice is ours. Let us choose wisely, so we can ensure that the future of space exploration is a bright one. 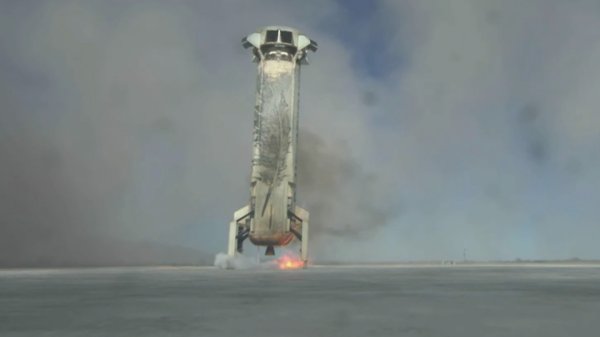