Donald Trump praised Mike Pence’s debate performance Wednesday afternoon, but he said the credit is really due to the top of the ticket.

“Mike Pence did an incredible job, and I’m getting a lot of credit because that’s really my first so-called choice, that was my first hire,” Trump said in Henderson, Nevada. “I’d argue that Mike had the single most decisive victory in the history of vice presidential debates. I believe that, too. And last night America also got to look firsthand at my judgment.”

The Republican Governor of Indiana remained calm during the first and only vice presidential debate Tuesday night as Virginia Sen. Tim Kaine lobbed a series of zingers against him and tried to pin him to some of Trump’s more controversial statements. Pence coolly deflected, denied and ignored most of the attacks. 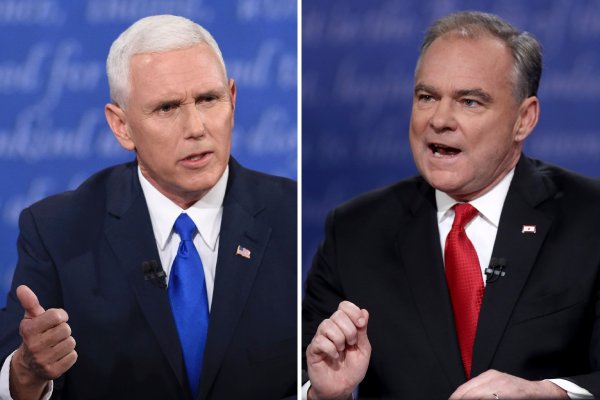