Fresh off his unconventional turn as a rough-edged, down-and-out youth for American Honey, Shia LaBeouf has resurfaced in the first images from the set of Borg/McEnroe. The new movie, which follows the infamous rivalry between the two tennis legends John McEnroe and Björn Borg and culminated in their epic 1980 Wimbledon showdown, features LaBeouf as the outsized character of McEnroe and Sverrir Gudnason as Borg.

In an interview last spring with Variety, LaBeouf called the story “truthful, tangible, anchored, human” and noted that he cried the first time he read the script. He added that he was “eager” to meet McEnroe before shooting (which started in August).

“I got nothing but love and respect for him,” he said. As for similarities between the two men? “Everything in common. Passionate. Perfectionist. Narcissistic. I’m a bit of a caricature also.” 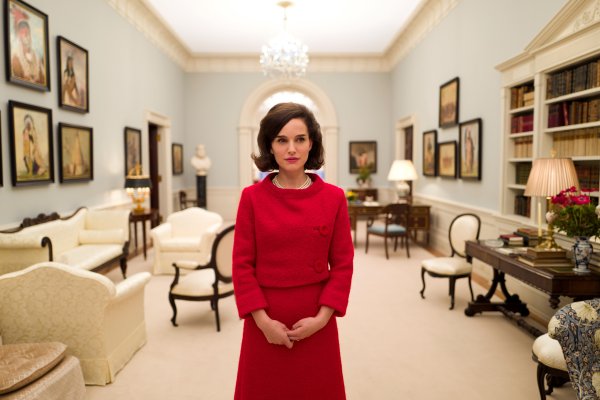 See Natalie Portman as a Grieving First Lady in the First Trailer for Jackie
Next Up: Editor's Pick