McDonald's Sexual Harassment Complaints Show How Widespread the Problem Is

Getty Images
By Linda A. Seabrook and Debra L. Ness

When Gretchen Carlson and other women from Fox News went public with allegations of sexual harassment against Roger Ailes, we were outraged, but not shocked. Lewd remarks, unwanted advances and other actions are a reality for countless women in the workforce.

But as we followed the fallout at Fox News, we couldn’t help thinking about all of the other women subject to workplace harassment in America.

This week, 15 McDonald’s employees filed complaints with the Equal Employment Opportunity Commission alleging that they had been sexually harassed. One of them, a 44-year-old woman who worked at a McDonald’s in Biscoe, N.C., claimed her supervisor repeatedly rubbed his body against hers and made unwelcome sexual advances toward her at work. When she objected, she said her managers didn’t believe her, threatened her and ultimately suspended her from work.

Her story is far too common—especially for women in low-wage jobs.

We recently commissioned a survey of more than 1,200 workers in the fast-food industry—one of the country’s lowest-paying sectors—in an effort to gauge the prevalence of sexual harassment women face. The results were eye-opening: 40% of women surveyed said they had experienced sexual harassment on the job.

Women working fast-food jobs reported facing a range of unwanted sexual aggression, including sexual jokes and remarks, requests for sex, groping or even sexual assault. Overall, nearly half of all women who said they had been harassed (45%) said they experienced some negative emotional consequence, including feeling stressed, depressed or afraid to come to work.

The survey also found women said they felt they were on their own when it comes to dealing with the problem, with less than half reporting it to their employer. For workers struggling to survive on as little as the $7.25 per hour they receive from employers, reporting sexual harassment means gambling with their economic security: one-in-five women who reported inappropriate workplace incidents said their employer retaliated against them by cutting their hours, changing their schedule or duties or even firing them. Women of color were more likely than white women to experience such negative consequences.

For female fast-food workers, this is an issue of economic survival. This is particularly true for women who are their families’ sole breadwinners, many of whom live paycheck to paycheck. No one should be forced to tolerate workplace sexual harassment. Yet, too many fast-food workers see no alternative. The situations they face can take a toll on their health, their livelihoods and their families.

Fast-food companies have a powerful opportunity to address the crisis of sexual harassment. These companies set policies for workplace standards and routinely monitor the conduct of people in their stores. If they can dictate drive-through times, uniforms and staffing levels, they should put the same level of effort into ensuring safe workplaces for their employees. McDonald’s, for instance, outlines a zero-tolerance policy against sexual harassment in its Operations and Training and Franchisee Policy manuals.

But policies alone are not enough; enforcement is needed.

Supervisors should receive rigorous anti-harassment training, and front-line workers should know their rights and feel safe to report inappropriate behavior without consequence. When an employee shares that sexual harassment has occurred, employers should take immediate action. A complete culture of workplace safety uplifts protections against sexual harassment to the same level as protections against other forms of physical injury while on the job.

Given the lopsided power dynamic in the fast-food industry, supporting workers’ call for union representation could also help curtail harassment. With a workers’ advocacy organization by their side, women subject to harassment would be more likely to speak out. And the disempowering environment that allows harassment to flourish would be replaced by one in which workers have a collective voice.

Not every worker has the platform that Gretchen Carlson did. While her courage in speaking out should be applauded, the cooks and cashiers across the country should also be able to speak out and not be silenced by their low pay. We hope the complaints filed this week provide courage to others to speak out and send a message to the fast-food industry that change must come immediately.

Linda A. Seabrook is General Counsel of Futures Without Violence, and Debra L. Ness is President of the National Partnership for Women & Families

McDonald’s told TIME in a statement, “At McDonald’s, we and our independent owner-operators share a deep commitment to the respectful treatment of everyone. There is no place for harassment and discrimination of any kind in McDonald’s restaurants or in any workplace. We take any concerns seriously and are reviewing the allegations.” 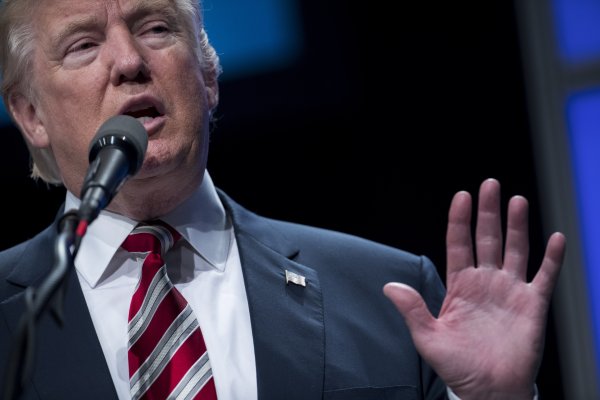 Stop and Frisk Creates Endless Cycle of Violence
Next Up: Editor's Pick